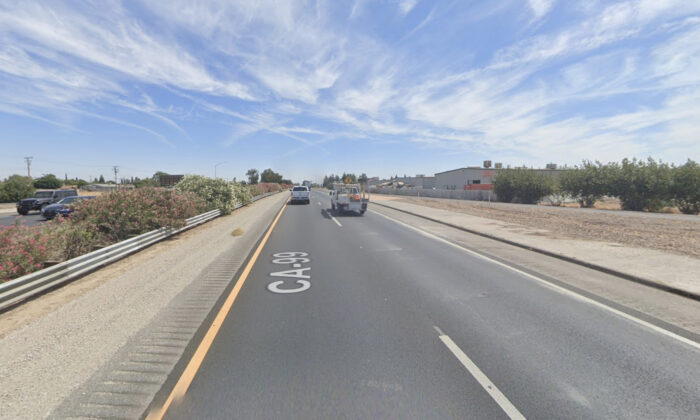 Bus in California Goes Off Highway and Crashes, Injuring 24

TULARE, Calif.—A bus traveling from Los Angeles to Fresno crashed after it went off a highway, broke through a chain link fence and came to a rest on its side in a parking lot, injuring 24 people, authorities said Thursday.

The driver of the Greyhound Bus suffered major injuries in the crash before dawn Wednesday near the city of Tulare and was hospitalized and the passengers who were hurt had injuries described as minor to moderate, said California Highway Patrol Officer Steve Beal. Several of the injured passengers were taken to hospitals.

Authorities were investigating the cause of the crash on California State Route 99. Beal said the bus driver tested negative for drunk driving.

The bus had stopped in Bakersfield before it crashed about 5 miles north of Tulare, Beal said. Another Greyhound bus took the uninjured passengers to their destinations.

Greyhound said in a statement it was saddened by the crash.

“Our primary concern at this time is continuing to provide support for our customers and driver,” the statement said.