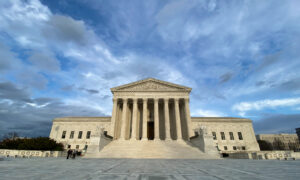 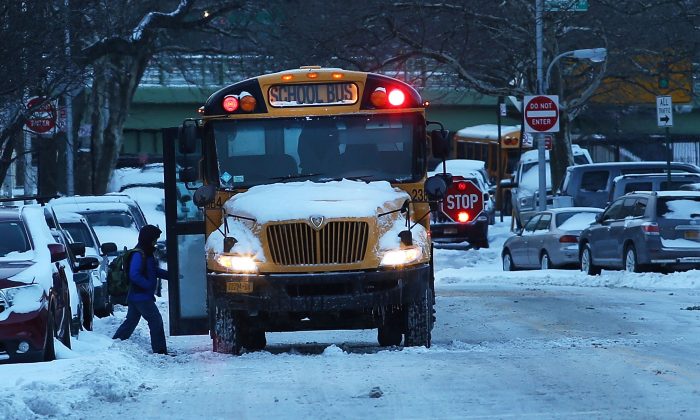 An elementary school in Alabama recently praised one of their bus drivers for showing kindness to students when school was delayed for two hours due to icy roads.

Montevallo Elementary School posted a photo on social media of Wayne Price on Dec. 12, saying he “truly demonstrates the spirit of Christmas!”

“When school was delayed due to icy roads and we weren’t able to serve breakfast, he purchased biscuits from McDonald’s for his entire bus of students!” wrote the school on Facebook.

Mr. Price, one of our bus drivers, truly demonstrates the spirit of Christmas! On Tuesday, when school was delayed due…

On Dec. 11, Price received a text message about the delay affecting all Shelby County Schools, according to ABC 33/40. The bus driver had time to stop at McDonald’s to buy himself breakfast that morning, and while he was there, he bought around 50 extra breakfast sandwiches for the children.

Local residents showed their appreciation to Price in more than 1,800 likes, 500 shares, and 125 comments on Facebook, as of the time of this publication.

“Anyone who knows Wayne Price would know that this isn’t a random moment. In the almost 20 years of knowing him, I’ve seen this man give so much of himself to his community. I’ve experienced first hand the hope and guidance he brings to people who may not find it anywhere else. I’m glad he’s getting the acknowledgment he deserves,” commented Derek Wilson.

“He is a wonderful man!” wrote Haley Culver Franks. “He loves his bus family!”

Price told ABC that he used to work in ministry, but a friend convinced him to take a job as a bus driver.

“I was just amazed at how quick I fell in love with the kids,” Price told the news outlet. “I work with teenagers and college-aged students for most of time dealing with youth ministry, but God developed a love in me for all the ages.”

It appears that the love goes both ways, with the children voicing their gratitude for their bus driver as well.

“I was just so surprised that he did that,” Montevallo Elementary fifth-grader Elizabeth Lopez told ABC after Price bought the breakfast sandwiches. “I did not think he was going to do it. I am really thankful for having him as a bus driver, and he feels like a dad to me.”

The principal of the school, Dr. Allison Campbell, said Price was “an example and a testament to this community and the schools in Montevallo.”

“What a kind act that our students will forever remember! Thank you, Mr. Price, for making a lasting impact in the lives of our students!” wrote the school on Facebook.