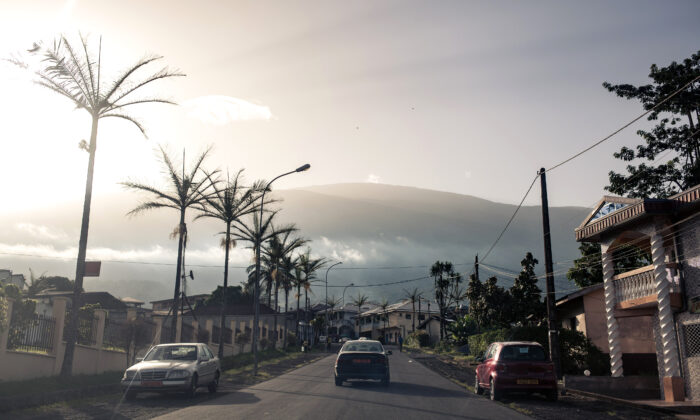 A car drives on a street of Buea, South-West Region of Cameroon, on April 26, 2018. (Alexis Huguet/AFP via Getty Images)
Africa

YAOUNDE, Cameroon—More than 37 people are dead and 18 others seriously injured after a bus crash in Cameroon’s western village of Nemale, officials said.

A 70-seater bus was on its way to the capital, Yaounde, from the western town of Foumban when it crashed into a truck while trying to avoid a crowd of people on the road around 2 a.m. Sunday, said Absalom Monono Woloa, a senior government official in the area.

“Most of the travelers were either going to spend New Year’s Day with their families, returning from Christmas Day festivities or were business people supplying gifts for New Year’s feasts,” he said.

Village residents ran to the road to help the more than 60 commuters who were on the bus, he said.

The death toll will likely rise as rescue workers dig through the wreckage, he said.