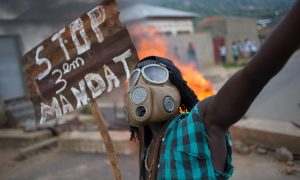 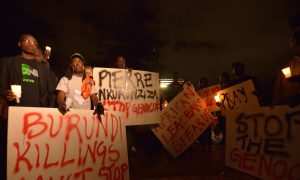 African Union: Crisis in Burundi Is of Great Concern
0 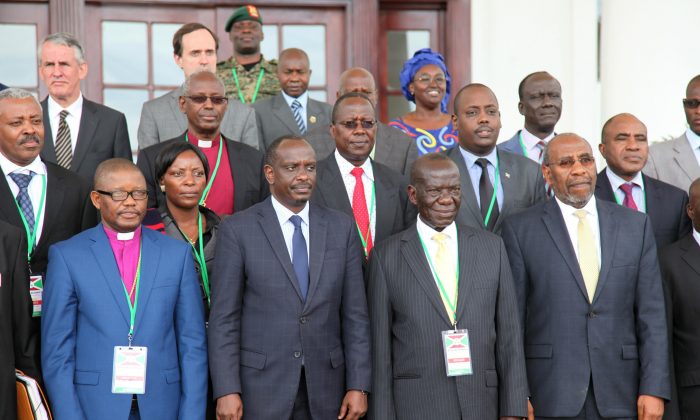 ENTEBBE, Uganda—Representatives of Burundi’s government and opposition began a mediated effort on Monday to end the country’s political violence. Burundian President Pierre Nkurunziza, whose decision to run for election to a third term triggered the bloodshed, was invited but wasn’t present at the opening ceremony. Proper negotiations will start in January.

The two sides met Monday under the banner of the East African Community, a regional bloc, in a ceremony Monday at Uganda’s State house. Ugandan President Yoweri Museveni, in his role as mediator, urged both sides to negotiate seriously and without conditions.

But even before the start of negotiations—which are scheduled to begin January 6 in Tanzania—the Burundian government imposed conditions.

Hundreds of Burundians have been killed since April, with the government’s opponents and supporters targeting each other in gun, grenade and rocket attacks, many in the capital, Bujumbura. Representatives of Burundian civic groups say they hope the talks will end with the resignation of Nkurunziza, who won the presidential elections this year, though that possibility seems very remote.

More than 100,000 Burundians have fled their country, fearing the violence will escalate into mass bloodshed.

Leonard Nyangoma, speaking on behalf of Burundi’s opposition, called for the banning of a pro-Nkurunziza militia group known as the “Imbonerakure,” whose members are accused of carrying out some of the extrajudicial killings reported across Burundi.

Burundian Foreign Minister Alaine Nyamitwe, leading the government delegation, said Monday that it would not participate in the talks if alleged plotters of a failed coup earlier this year are allowed to be members of the opposition delegation.

In May, as street protests against Nkurunziza’s third term bid turned violent, a senior army officer announced that Nkurunziza had been removed from power. But regime loyalists fought back and kept the president in power. Since then, Bujumbura has been wracked by violence and life there is punctuated by sporadic gunfire and loud explosions.

“Those who participated in the coup attempt should not participate. Otherwise, you will not see us participate,” Victor Burikukikiye, a representative of Burundi’s ruling party, said Monday. Ugandan President Yoweri Museveni had urged both sides to negotiate without pre-conditions.

Last week a senior officer who defected from the military announced the formation of a rebel group that aims to oust Nkurunziza.