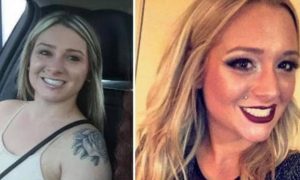 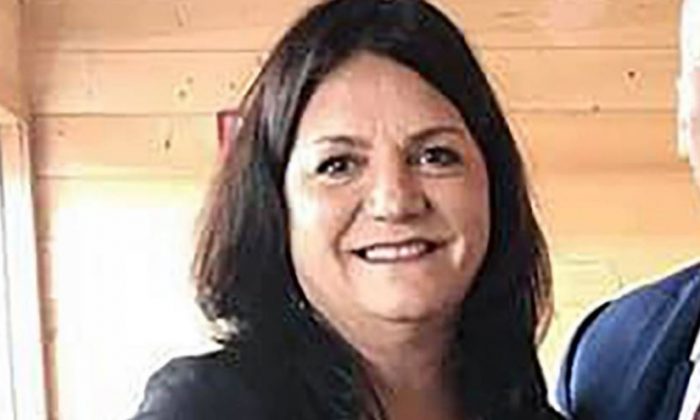 Kathleen Ryan, a Wisconsin teacher, went missing on Feb. 2, 2019. Police officers found her car outside of a house in Illinois, with a burned body inside. (Zack Ryan/Facebook)
Crime and Incidents

A badly burnt body was found in the vehicle of a missing Wisconsin woman but her family remains hopeful that she’s alive.

Her car was found on fire in the driveway of a house in Lake County, Illinois. Inside, a body was burned beyond recognition.

The Lake County coroner’s office is using DNA and dental records to identify the body but the process could take weeks or months.

“Investigators are working to determine if the body recovered in the car is that missing person,” Lake County Sheriff’s Office spokesman Sgt. Chris Covelli told WGN-TV.

Family members said that the body could be Ryan but they’re hoping she’s still alive.

“At this point, we’re hoping it wasn’t her in the car,” her son Maxwell Ryan said. “We hope someone took the car, and she’s out there somewhere. … We just love her, and we want her home. It’s as simple as that.”

Sam Ryan, another son, said that his family started worrying when his mother didn’t show up to a basketball game he and another brother were coaching.

Ryan, who lives in Illinois, said that he saw her on FaceTime earlier on Feb. 2. When she didn’t show up to the game, they started looking for her.

Dear Facebook, we are looking for my mother, Kathleen Ryan. She was last seen Saturday in St. Francis, WI around noon….

Happy Birthday Mom! We all miss and love you. Please get back to us safely!

Ryan said the location of his mother’s car is one of the confusing aspects of the mysterious case.

“Where they found the car just doesn’t make sense as far as the path that she would’ve taken to Carmel,” he said. “And as far as the times, things just don’t add up.”

He noted that the family is still looking for her and credited their faith for getting through the tough situation.

“Her birthday was yesterday and her grandbabies have a cake to give to their grandmother,” he said. “So we need to find her because we need to celebrate that.”

“It is estimated that 4,400 unidentified bodies are recovered each year, with approximately 1,000 of those bodies remaining unidentified after one year,” the center stated.

Approximately 651,000 missing person records were entered but about the same number were removed. “Reasons for these removals include: a law enforcement agency located the subject, the individual returned home, or the record had to be removed by the entering agency due to a determination that the record is invalid,” the center stated.

The first 72 hours in a missing person case are the most critical, according to criminology experts. That’s partly because investigators have the best chance of following up on leads before people’s memories start to fade, Dr. Bryanna Fox, former FBI agent and criminology professor at the University of South Florida, told ABC News.

“The information that law enforcement gets tends to be a little more accurate, and they are able to act on the information and hopefully get that person who is missing quicker,” Fox said. Later, there are fewer “bread crumbs,” or leads, to follow.

Dr. Michelle Jeanis, a criminology professor at the University of Louisiana at Lafayette, said that time is of the essence because the missing person could be in danger.

After about a week, the person could very likely be dead, said former FBI Special Agent in Charge Steve Gomez.

“There’s a certain point after about a week or two where you have to think, the potential that the missing person is dead and now it’s a matter of trying to find their body and bring closure to the family and to determine if you now have a homicide investigation, or suicide, or some kind of accidental death,” he said.