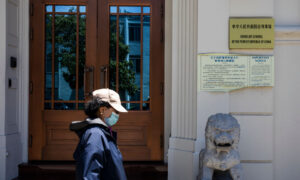 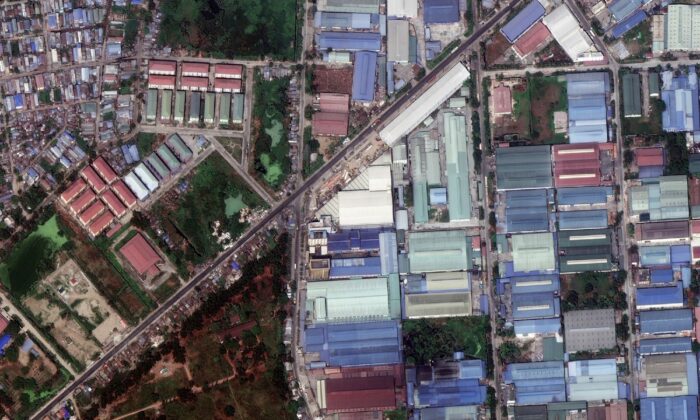 BANGKOK—Confusion over what exactly happened during recent attacks on factories in Burma has highlighted the complex and troubled nature of the country’s relations with China amid a broad public backlash against a Feb. 1 coup.

Many in Burma, also known as Myanmar, suspect Beijing of supporting the military’s takeover, and there has long been a deep vein of resentment against China’s growing influence, but protesters insist they were not responsible for a spate of attacks on factories last weekend.

Adding to the uncertainties, China has said it is prepared to do more to protect its extensive business investments in Burma, which include factories, pipelines, and other big infrastructure projects.

Turmoil is bad for business and will deter investors, the Chinese state-owned broadcaster CGTN said in a commentary.

“But China won’t allow its interests to be exposed to further aggression. If the authorities cannot deliver and the chaos continues to spread, China might be forced into taking more drastic action to protect its interests,” CGTN said.

With limited Internet and cellphone connectivity, outside observers face increasing difficulty verifying what is going on in Burma or getting an official response from the junta. The vast Hlaing Thayar industrial zone and several other districts of Yangon, the country’s biggest city, have been under martial law since Monday, putting them under complete military control and making it difficult for protesters to organize and communicate.

But people living in the area—home to hundreds of clothing, shoe, and other factories—said only a handful of factories were affected. Local TV networks including the military-run Myawaddy TV reported that five factories were burnt in Hlaing Thayar on Sunday.

Much of the controversy over the arson attacks has centered on what happened in and around the Chinese-owned Xing Jia shoe factory in Hlaing Thayar. According to records from Panjiva and the Burma Investment Commission, the factory makes Western brand boots such as DeWalt and Dunlop and a wide variety of clothing.

But accounts from multiple sources, including Yangon-based labor organizer Andrew Tillett-Saks, say the fires broke out after five garment workers were shot and killed by the military when they reported to the factory to collect their February wages.

People living in the industrial zone contacted by phone by The Associated Press said that despite suspicions that the Feb. 1 coup had Chinese support, workers were not responsible for burning the factories, which are protected by high walls and guards.

“Many shouted in anger to burn down Chinese-owned factories, but none actually implemented such attacks because it’s hard to access those areas and many residents work in those factories,” said San Maung, a bicycle repairman living in the area.

“If people had wanted to attack these places, they could have done so since day one,” San Maung said.

According to the independent group Assistance Association for Political Prisoners, the violence Sunday claimed at least 38 lives. The Burma-based group, which keeps a tally of deaths related to the crackdown, said that as of Wednesday, 217 people had been killed and 2,191 arrested or charged.

The Facebook page for the Chinese Embassy in Burma was flooded with tens of thousands of angry comments from local residents incensed over the lack of any mention of sympathy for those who died in the violence, after the page posted a call for better protection for the factories and Chinese personnel.

“Worryingly, there’s a lot of anti-Chinese sentiments,” Thiri Thant Mon of Pegu Partners, a Yangon-based consultancy, said Thursday in a web seminar hosted by Japan’s Nikkei Asia. “That’s worrying because there are a lot of native Myanmar Chinese businesspeople as well.

“Any kind of racial tension is worrying,” she said.

One of the biggest investments is twin oil and gas pipelines that run nearly 800 kilometers (500 miles) from Made island on Burma’s west coast to Ruili, on the border of China’s Yunnan province.

Before the coup, Aung San Suu Kyi’s government, which was due to remain in power after a landslide win in a November election, had announced a tender for another big Chinese-led project, a huge, deep-water port in Kyaukphyu, western Burma. A January visit by Chinese Foreign Minister Wang Yi drew a pledge for both sides to work toward completing that project and pushing ahead with an “economic corridor” linking China’s southwestern Yunnan province with the port and major cities in Burma.

Burma’s leaders for years have long relied on China, as a permanent member of the United Nations Security Council, to help shield both military and civilian-led governments from harsh U.N. sanctions for human rights abuses.

The coup and its aftermath have raised risks for all doing business in and with Burma, analysts say.

But such setbacks are nothing new for China, whose relations with its resource-rich neighbor were ruptured for a few years in the late 1960s when anti-Chinese riots broke out during Mao Zedong’s ultra-leftist Cultural Revolution.

“This is the course they have to take,” he said. “They can’t simply retreat.”