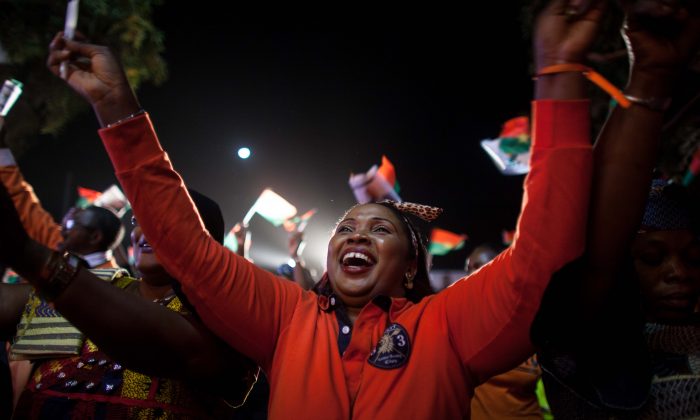 Kabore, winner of the freest election since this West African country won independence from France in 1960, dedicated his victory to those who died overthrowing strongman Blaise Compaore last year and during a failed military coup in September.

“To all the victims of the tumultuous history of our country, the nation is grateful,” Kabore said.

More than 30 people were killed in the 2014 uprisings that led to a transitional government and more than 14 died resisting the week-long coup in September by Compaore’s former presidential guard.

“We owe to their sacrifice the opportunity to restore the constitutional order … for the promotion of democracy, national reconciliation, social cohesion, freedom, and justice for all,” he said.

Kabore, 58, was the prime minister and speaker of parliament under Compaore. In January 2014, Kabore and others broke with Compaore to oppose his effort to extend his rule.

Sunday’s election is considered by many experts to be the most free because there was no incumbent candidate or ruling party to unfairly influence the results. Sixty percent of 5.5 million registered voters cast ballots, the electoral commission said.

Candidates have seven days to contest the results before the constitutional court finalizes them.