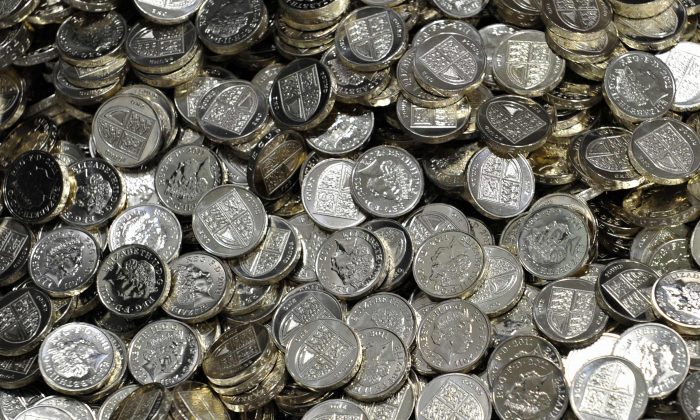 Greater Manchester Police said Friday that three houses in a street in Ashton-Under-Lyne, northwest England were robbed on Jan. 1. The culprits stole designer handbags, jewelry, a Range Rover and the trove of coins.

It wasn’t clear why the coins were kept in the house. Constable Dinesh Mistry said the haul weighed “the same as two average-sized women, or almost 10 cases of wine.”

He said police have asked local businesses to keep an eye out for a large number of pound coins. He said “it is hard to miss 15,000 pounds in pound coins so we believe someone must know something about this crime.”