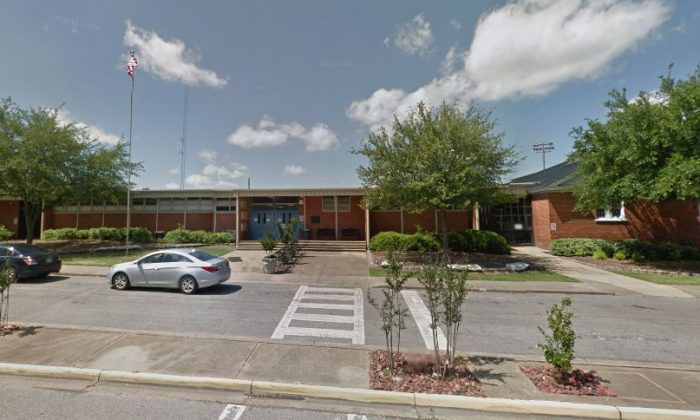 The family of an Alabama girl has blamed her suicide death on bullying, according to reports on Dec. 11.

“She told me that this one particular child was writing her nasty notes in class,” said the mother, Jasmine Adams of her 9-year-old daughter, McKenzie Adams.

“It was just things you wouldn’t think a 9-year-old should know. And my baby, to tell me some of the things they had said to her, I was like, ‘Where are they learning this from?” she asked, CBS News reported.

McKenzie Adams' family members said the fourth-grader had been bullied by a group of classmates since the beginning of the school year. Her grandmother found her in their home Dec. 3. She had hanged herself. https://t.co/AavtFvMBFP pic.twitter.com/DgFtHc72l3

McKenzie told teachers at U.S. Jones Elementary School in Demopolis, Alabama, and she also told the school’s assistant principal about the alleged bullying. The mother believes the school didn’t do enough.

“Our trust was in them that they would do the right thing,” added Jasmine Adams. “And it just feels like to me it wasn’t.”

Adams said her daughter was transferred from another school due to bullying, and the issue started again at the new school, according to the report.

Adams said race was a factor in the bullying, as a white family friend drove the girl, who is black, to school every day, CBS reported.

“Part of it could have been because she rode to school with a white family. And a lot of it was race. Some of the student bullies would say to her, ‘Why you riding with white people? You’re black, you’re ugly. You should just die,'” the mother told WIAT-TV.

Eddwina Harris, her aunt, told Tuscaloosa News that much of her bullying revolved around her friendship with a boy.

“She was being bullied the entire school year, with words such as ‘kill yourself,’ ‘you think you’re white because you ride with that white boy,’” she said.

Demopolis City Schools attorney Alex Braswell told the station that the matter is now being investigated.

“We are working fully with the Demopolis and Linden police department. They are doing a joint investigation of these allegations. We are cooperating fully and I can’t comment on any of the aspects of the investigation until they conclude it,” Brasswell told WIAT-TV.

School officials issued a statement about the matter, describing her death as senseless.

“Certainly our hearts goes out to the family and friends of Mckenzie and her fellow students as well as her teachers. Demopolis school system has provided grief councilors and crisis councilors at the school since this and ministers and youth ministers have been at the campus since the date of this incident,” the statement reads.

McKenzie’s funeral will be held Saturday, Dec. 15, at the elementary school, according to local news reports.

Harris, who hosts a television show in Atlanta, told NBC she plans on using the show to combat bullying.

“God has blessed me to help others with my platform, and now it’s time to help. There are so many voiceless kids,” she said.