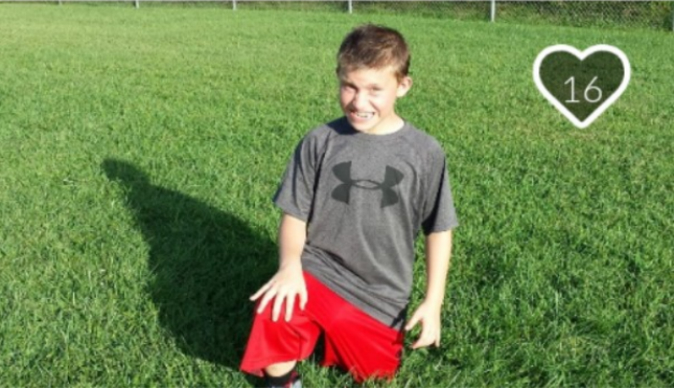 The family of a 9-year-old West Virginia schoolboy who died on Sept. 10 blames merciless bullying for the boy’s suicide.

Jackson Grubb, who is said to have hanged himself, was discovered dead in his bedroom on Saturday by his older sister. His sister had intended to brighten his mood with a frog she had found outside.

Police don’t suspect foul play, and an autopsy is underway to determine the third grader’s exact cause of death.

According to relatives, Grubb would typically stand up for himself against his tormentors, but in recent weeks his demeanor began to change.

“I was spending time with him, trying to get it out of him. But Jack’s the type that holds things in and I couldn’t get to him,” Grubb’s grandmother and guardian, Betsy Baber told WVVA.

Grubb’s uncle Shane Baber added, “I don’t know what he was thinking. He wanted to spend the night with me for two days and I couldn’t figure out what was going on.”

The family said the bullies’ attacks wouldn’t only occur at Sophia Soak Creek Elementary School, but also in front of their home. Betsy Baber said a difference in appearance or personality shouldn’t warrant torment or serve as pretext for divisiveness.

Family of 13-Year-Old Who Committed Suicide Raises $127,000 on gofundme Page

“Some kids can talk, some kids can’t. Jack was the kind that didn’t like to talk. He didn’t want to look little,” Betsy said. “These kids need to know that there’s nothing wrong with being little, it’s being able to tell these kids that they’re being mean. And it needs to stop.”

School Counselor Hamlet Smith urged parents to have ongoing conversations with their children.

Weeks before his death, Grubbs had built a clubhouse outside of the family’s home to make a friend. According to WVWA, Baber said it was the one thing he wanted, and the only thing he didn’t have.

“We all get caught up in the mundane things of life, everything that we have to accomplish that we forget to take time and talk to our kids. And every parent needs to hug their child tonight,” she said.

A GoFundMe page was set up to help with funeral costs.