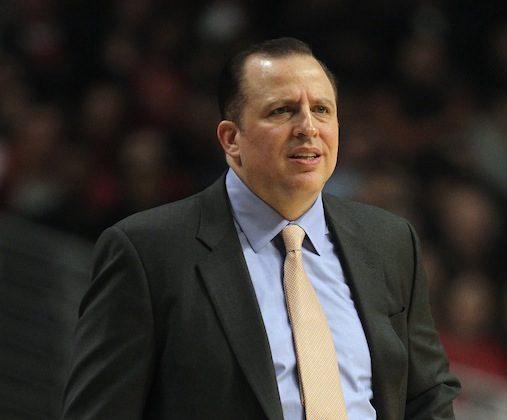 The Chicago Bulls have given head coach Tom Thibodeau a four-year extension that will keep him in charge of the team through the 2016-17 season, according to a report on the NBA’s website.

Thibodeau’s extension will kick in after the current season.

The 54-year-old Thibodeau has been at the helm of the Bulls for two seasons now after being an assistant under Doc Rivers in Boston.

The coach of the year in 2010-11, after Chicago went 62-20, Thibodeau became the fastest ever coach to 100 wins, but will face his greatest challenge this season as star guard Derrick Rose will miss significant time with a knee injury.