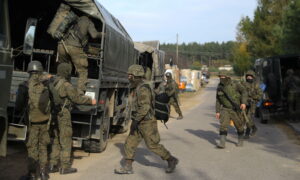 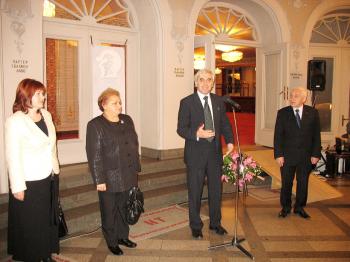 Kremena Krumova
Kremena Krumova is a Sweden-based Foreign Correspondent of Epoch Times. She writes about African, Asian and European politics, as well as humanitarian, anti-terrorism and human rights issues.
View profile
Follow
biggersmaller
Print
Three judges of the Supreme Court of Cassation in Bulgaria—a post-totalitarian country and a recent member of the European Union, received a Human Rights Award for passing a landmark judgment upholding the rights of people with disabilities.

Such ruling aiming at upholding and protection of Human Rights of the persons with disabilities has no precedent in the country’s court practice, said the Bulgarian Helsinki Committee, a non-governmental organization working internationally to insist on compliance with human rights standards.

“The award is given this year for the first time in Bulgaria. We hope to make it a tradition. The reason for the award is a verdict of the Supreme Cassation Court in favor of disabled people. Its determination, validity and extent of human rights defense mark a precedent and a breakthrough in our judicial practice. Moreover, it is crucial that the award goes to the highest court in the country”, said Krasimir Kanev Chair of the Bulgarian Helsinki Committee.

The event which took place on Human Rights Day, Dec.10, marked the 60th anniversary of the Universal Declaration of Human Rights during a grand ceremony in the foyer of the country’s historic National Theatre.

Dr. Zhelyu Zhelev, the first democratically elected Bulgarian president (1990-1997) spoke at the event and said that there was even more reason for him to celebrate on that day. The former president said he was the first man in Bulgaria to quote a text from the Universal Declaration in his book Totalitarian State.

“This award is a typical manifestation of civil society,” Dr. Zhelev said.

The plaintiff in the lawsuit, Donka Georgieva, said that now she hopes that municipal authorities will start constructing wheelchair threshold ramps in a proper size, because the existing ramps are much higher than the proper size stipulated in the law.

“I am deeply satisfied by the court verdict and I am happy that other disabled people will also benefit from it. This will facilitate the access of people who are in wheelchairs to public buildings. Till now, this access was highly restricted,” said Georgieva.

Bulgarian Helsinki Committee is one of the most active legal human rights defenders of Bulgarian citizens in the European Court of Human Rights in Strasbourg. The organization is an offshoot of the International Helsinki Federation which represents 46 independent human rights organisations based in Europe, North America, and countries from the former Soviet Union.