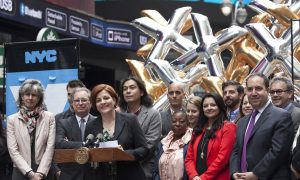 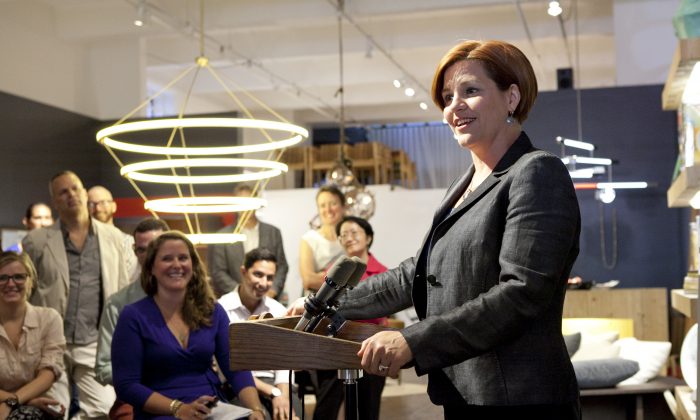 Called Built/NYC, the program will enable the city to “leverage its buying power to support local designers,” said Quinn.

Quinn said the city spends millions on furniture and furnishing each year.

Instead of buying a desk from a catalogue, “Built/NYC will allow DDC to purchase that desk from a designer working out of a studio right here in the five boroughs,” said Quinn. DDC partners with city agencies to build needed facilities such as firehouses, libraries, schools, courthouses, police stations, parks, and city offices.

Built/NYC aims to stimulate the local design sector and give designers more exposure by incorporating their designs in public building projects. Designers who are chosen to work on city building projects will submit designs for furniture, lighting, textile, and other furnishings.

Before designers can apply to work on specific planned building projects they must be pre-qualified. Those designers chosen “will work with the main design team delivering the overall capital project, so they become part of that design team; they will identify a particular component, whether it be lighting or a desk or something and that will be incorporated into the construction process,” explained Burney.

The program is a spin-off of NYCxDesign, pronounced “NYC by design,” which was a 12-day art expo held in May 2013 that included more than 200 events across all five boroughs to showcase and promote local design.