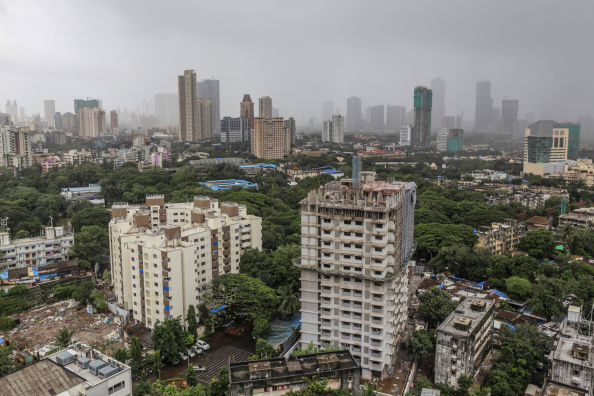 In his Independence Day speech from Old Delhi’s famed Red Fort, Prime Minister Narendra Modi announced plans to replace India’s 64-year-old Planning Commission with a new central government think-tank led by mix of experts. The new eight-member institute would focus on creative thinking, broader development and take several critical functions previously performed by the Planning Commission.  One such function that will carry through to the new institute is central government leadership in convening state and central government leaders and experts on advancing clean energy development – including key objectives to increase energy access and energy security through a robust energy efficient buildings market.

To advance energy efficiency in buildings earlier this year, the central government convened a high-level roundtable held by the Planning Commission, Ministry of Power, Bureau of Energy Efficiency and key state leaders as well as international experts from China and the United States.  The discussion highlighted progress in Andhra Pradesh and Telangana on the codified statewide Energy Conservation Building Code (ECBC).

As Andhra Pradesh and Telanagana move forward with statewide code implementation and as the contours of the new central government think tank is formed, India Climate Dialogue Magazine covered by Sapna Gopal “For Smart Cities, Need Energy Makeover” in its latest issue.  The full article is re-posted below.

An increase in the demand for energy has driven policymakers to stress on the Energy Conservation Building Code for commercial buildings in India. The importance of this is going to go up as the government rolls out its plan for smart cities. What does this mean for the construction industry?

India’s demand for energy is soaring and is likely to double between 2014 and 2027. To manage this demand, urgent measures to heighten the energy efficiency of buildings are needed, especially with the new government’s plan to build smart cities across the country.

With this in mind, the Planning Commission had organised a meet in New Delhi with the Ministry of Power and its Bureau of Energy Efficiency. Entitled “State Leadership in Building Efficient Cities in India”, the meet highlighted the primary role that state initiatives and mandates must play to meet energy demand in the coming decades.

B.K. Chaturvedi, then Member (Energy) of the Planning Commission, said, “Buildings are an important component of energy efficiency development in India. As the implementation of building energy efficiency policies happens at the state level, state governments play a critical role to motivate the market’s investment in energy efficiency through incentives, mandates, and strong building codes.”

NRDC and the Administrative Staff College of India (ASCI) released a report presenting solutions and incentives to overcome the most common barriers to energy efficiency. The issue brief, Greener Construction Saves Money: Incentives for Energy Efficient Buildings across India, offers tools to motivate building developers to reap the savings of energy efficiency and mitigate the rising demand for energy. According to the report, the opportunity to cut energy demand domestically while developers and tenants of green buildings save money makes energy efficient construction a clear win for the country, especially in light of the energy security risk posed by the projected quadrupling of energy imports by 2027.

With Indian real estate development rapidly expanding, the report states that India could save enough electricity to power 358 million homes annually by 2030 if states adopt building codes and incentives for developers aimed at boosting energy efficiency in new construction and major retrofits.

The NRDC and ASCI analysis reinforces the Planning Commission’s recent India Energy Security Scenarios 2047.  The NRDC-ASCI report shows that if states across India adopted stronger building efficiency codes and developers participated in strong programmes for rating commercial buildings, an estimated 3,453 terawatt hours of electricity could be saved by 2030. This is equivalent to powering 358 million Indian homes annually between 2014 and 2030 based on current annual consumption levels for electrified homes.

The report analyses tools and incentives to accelerate implementation of energy efficiency measures and move the developer market toward achieving greater energy savings — a necessary next step for Indian states to sustainably support their cities’ projected growth trajectory over the coming decades. Developers often cite common barriers to energy efficient construction, such as high upfront costs, split incentives between developers and tenants and a lack of information about efficiency’s benefits.

“Indian states have an incredible opportunity to construct more efficient buildings today,” believes Anjali Jaiswal, NRDC senior attorney and director of the group’s India Initiative. “By dramatically reducing energy demand through building codes and increased participation in ratings programmes, cities can avoid costly retrofits down the road and lock in energy savings now for decades to come. Incorporating effective compliance mechanisms is key to ensuring codes are successfully establishing at least the minimum efficiency of buildings.”

Industry experts are of the opinion that creative incentives for energy efficiency investments in new construction — such as property tax rebates, the creation of special economic zones, increased floor space index and expedited permit processes — can help reduce some of the biggest barriers to widespread adoption of energy efficiency.

For instance, many states in India have limits on the floor space index (FSI), a measure of the built-up floor area of a building relative to the size of the plot it is built on. To incentivise developers to build green, a portion of this extra FSI may be given to developers of efficient buildings for no cost, increasing the value of their properties.

Energy Service Companies (ESCo) — entities that may pay for energy efficiency investments upfront and recover the costs through surcharges on future energy savings — also offer a compelling model to potentially support the financing and scaling of efficiency upgrades.

ECBC to the aid

The Bureau of Energy Efficiency developed the Energy Conservation Building Code (ECBC) in 2007 to establish minimum energy efficiency requirements for the design and construction of new commercial buildings and for major retrofits. ECBC has been developed as a voluntary code for all new commercial buildings with a connected load of 100 KW and above. While the voluntary introduction was in May 2007, it is likely to be made mandatory for capacity building and implementation experience.

According to Bandana Jha, a research scholar at IIT Delhi and a GRIHA consultant who specialises in energy efficiency, the move for an ECBC is a good one. “Mooted in 2007, with the aid of Bureau of Energy Efficiency and supported by the Ministry of Environment, Forests and Climate Change, it stated that any building, with a square feet area of 20,000 feet, had to adhere to the code.” While she says it is a very good step, she also feels that only making it mandatory for buildings that are going to come up is not going to help matters.

Srinivas Chary Vedala, Dean of Research and Management Studies and Director – Urban Governance, Infrastructure, Environment and Energy at Hyderabad-based ASCI says that ECBC is a regulatory instrument aimed at improving energy efficiency of commercial buildings. “These buildings account for a major share in the overall energy usage in a city and need immediate attention. The systematic implementation of ECBC can significantly bring down power consumption and enhances energy security of urban areas.”

On the need for urgent measures, Vedala explains, “It is recognising the fact that there is a sense of urgency to push this agenda in the context of the urban sector. Since we are just urbanising, it means densification, vertical structures, concretisation and higher levels of expectation. Given this scenario, the sense of urgency which India is now recognising through the ECBC is very important.”

Stating that it is a very sensitive subject, he says, “The minute we say conserve energy, people will start questioning, what’s in it for me? Of course one can argue that one will save energy and money, but then they would argue that they may need upfront high capital investment. While the initial investment is coming from a builder, the benefit will be going to you and me, to the consumer, the one who occupies the building. There is no incentive for the builder to really put upfront costs, unless and until he presents it as a differentiator or a niche product.”

Old versus the new

Meanwhile, whether issues of the old buildings need to be addressed or the new ones are to be tackled first, is a debate that continues to rage. In the recent past, there have been some notable instances such as the Express Towers and the Godrej Bhavan in Mumbai, which were renovated as green, energy efficient buildings.

Jha is of the firm opinion that we need to ensure energy efficiency in existing buildings if we want to achieve efficiency in the full sense. “One of the main things that need to be done is to tackle existing commercial buildings, which means reduce the energy input to a certain extent, as per the Indian Green Building Council (IGBC) benchmark or the GRIHA benchmark. This will surely help in achieving energy efficiency. Presently, there are huge commercial buildings such as malls, which are energy guzzlers. Therefore, the need of the hour is to have mandatory norms, use energy efficient fixtures, reduce their energy benchmarks, reduce the EPI to the global benchmark. Also, they should depend on renewable energy so that a considerable amount of energy is saved.”

However, Vedala feels that the focus should be on the new buildings. “Let’s start with that and then tackle the retrofit or the older buildings. The number of buildings which will come up in the next 20 years is going to be more than the ones which were built in the last 150 years.”

“For Smart Cities, Need Energy Makeover” originally appeared in the August 2014 edition of India Climate Dialogue and is reprinted with permission here.

This article was republished and shared by Anjali Jaiswal, a contributing blogger for switchboard.nrdc.org. For the original article and more information, please click HERE.