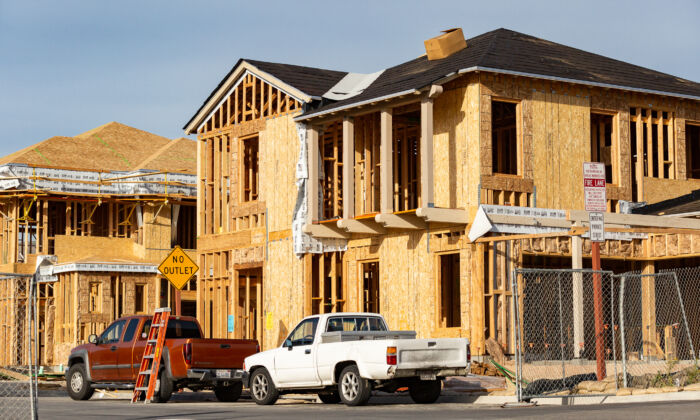 SANTA ANA, Calif—New housing equity rules passed this month by the City of Santa Ana may halt future housing developments in the city, according to a regional housing industry group.

Santa Ana City Council narrowly passed revisions to its Housing Opportunity Ordinance by a 4–3 vote on April 19. The rules require builders to use local labor and union workers and include affordable housing in future developments.

The changes will require housing developers to pay up to $15 a square foot for new developments that don’t include affordable housing or use local or union workers.

“It’s just bad policy that will discourage development in the city when it’s most needed,” Adam Wood, vice president of the California Building Industry Association’s Orange County Chapter told The Epoch Times. “It sounds good on paper, I’ll give them that. But if you make it so expensive, there’s a breaking point where it doesn’t financially work.”

The same surcharge brought new home building in Santa Ana to a halt when councilors first passed it in 2015. That fee was reduced to $5 per spare foot during the first year of the pandemic to spur building, according to Santa Ana Mayor Pro Tem Phil Bacerra.

“No developers pulled building permits from October 2015 [until] September 2020, when we reduced the fees to $5 per square foot, along with other items,” Bacerra said at an April 5 council meeting. “That was zero dollars going towards down payment assistance for first-time homebuyers. That’s zero dollars going towards rehabbing existing affordable units here in Santa Ana.”

“These revisions tonight are not going to put you to work. I’m sorry. They’re just not,” Bacerra said.

The cost of housing in Santa Ana and Orange County has skyrocketed in the past few years as the number homes for sale or rent has decreased. The typical home value in Santa Ana is nearly $800,000, increasing about 24 percent over the past year, according to Zillow, a national real estate marketplace.

Additionally, the cost to build a house continues to increase as builders struggle with galloping inflation and ongoing supply chain snarls.

The average cost to build a house in California reached $387,500 this year and could cost up to $1 million depending on the location, according to Home Advisor, a national homebuilding website.

The new rules will be phased in. For the first three years, developers will have to pay an extra fee up to $15 per square foot for each home built in a project that does not include a percentage of affordable housing units or use skilled and trained, and local workers.

After 2026, fees will become mandatory for all developers regardless of project size, requiring builders to use 90 percent union labor on each job and 35 percent local workers in order to pay the smallest fee, which is $5 per square foot, according to the city’s planning staff.

City Councilwoman Thai Viet Phan, who faced a conflict-of-interest complaint over the ordinance when it was introduced in February, said builders have a choice.

“If the $15-dollars-a-square foot and the skilled and trained workforce is too expensive for you, build the affordable housing units,” Phan said April 5. “That is what inclusionary zoning is about.”

The city’s mayor said he was compelled to make changes to the city’s housing laws after visiting a carpenter-training facility.

“It’s not just trying to create more affordable housing,” said Mayor Vincente Sarmiento. “We’re also creating jobs for folks who are re-entering, folks who are developing a skill, folks who need this opportunity to be able to stay and live here in Southern California. It is very challenging these days.”

The new rules were a “big win” for skilled and trained workers and labor, Sarmiento said, adding that he hoped other communities would duplicate the ordinance.

The new changes will ensure housing is balanced in the city, according to housing advocacy group Abrazar of Westminster, California.

The group said 84 percent of households in the city hold low-income occupations and live in overcrowded conditions.