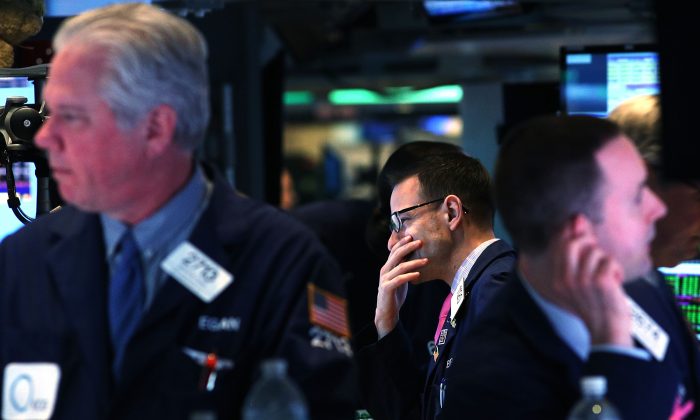 According to Warren Buffet, the best method of evaluating a market is to look at the ratio of total market capitalization (TMC) to gross domestic product (GDP). Using this metric, GuruFocus finds that the current U.S. stock market is significantly overvalued.

Buffet used the indicator to correctly anticipate the dotcom bubble bursting in 1998 and the post-2008 market rally, among other predictions.

GuruFocus explains that the Buffet Indicator is mean reverting, which implies that lower current valuations will correlate with higher long-term returns and vice versa. When looking at the TMC and GDP trend lines together, it also implies that the two should converge over time.

The recent GDP report sets the TMC at roughly $3 trillion over the GDP. This leaves the Buffet Indicator at a whopping 116 percent, or overvalued territory.

Skeptics of the Buffet Indicator cite that there is a time lag between the TMC and GDP trend lines because the market valuations are generally forward-looking while the GDP is backward-looking. Given this scenario, we may not be in overvalued territory yet.

For the time being, it seems that the skeptics are right. Since the dismal GDP miss of 1 percent on Wednesday morning, the overall market has rallied 0.5 percent. It seems that the market has shrugged off the number in anticipation of the Nonfarm Payrolls number that will be released Friday morning.