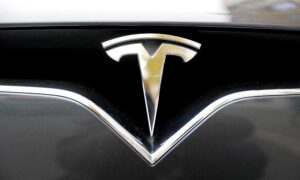 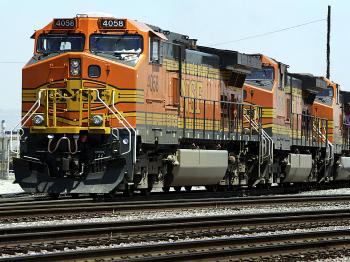 Berkshire will pay $100 per BNSF share—or a 30 percent premium over Monday’s closing price—for the 77.5 percent of the company Buffett doesn’t own. The deal values BNSF at $34 billion.

At that price, the BNSF deal becomes the largest acquisition of Buffett’s long and celebrated career.

The Fort Worth, Texas-based BNSF is one of four transcontinental freight railways in the United States, and the second-largest behind Union Pacific. BNSF’s railroad covers much of the Midwestern United States and ships large quantities of coal, grain, and containers annually.

“It’s an all-in wager on the economic future of the United States,” said Buffett, 79, in a joint Berkshire-BNSF statement.

To many, Buffett’s investment is a vote of confidence in the U.S. railroad industry. He is betting that as the U.S. economy recovers and oil prices continue to soar, more industries will choose to ship products using trains rather than trucks.

“Our country’s future prosperity depends on its having an efficient and well-maintained rail system,” Buffett continued. “Conversely, America must grow and prosper for railroads to do well.”

According to the company, the deal will cost Berkshire about $16 billion in cash. As of June 30, Berkshire held about $24 billion in cash on hand, according to its latest SEC filings. Buffett and Vice Chairman Charlie Munger looked for months for an acquisition target to utilize Berkshire’s cash hoard, and finally decided on the BNSF deal.

“It doesn’t mean we’re out of business, but it does mean that we won’t be making any huge deals for a while,” Buffett told CNBC on Tuesday, referring to the possibility of making more deals this year.