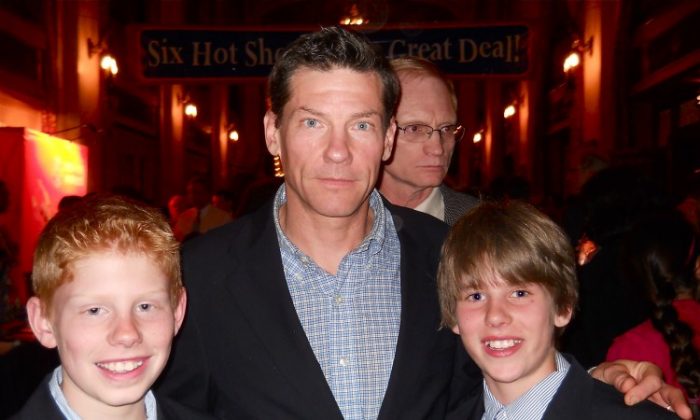 BUFFALO, N.Y.—Shen Yun Performing Arts graced the stage at Shea’s Performing Arts Center on Friday, May 11, presenting the grandeur of classical Chinese dance and music to a full house.

Based in New York, Shen Yun was established in 2006 with the mission of reviving 5,000 years of divinely inspired Chinese culture.

Mr. Brad Carbaugh, a sales executive with a multinational computer information technology company, came to the performance with his sons, John and Max.

“It’s something we don’t see everyday, so I brought both my boys, John and Max, down to have them take a look at some different cultures that they may not be exposed to,” he added.

John said he really enjoyed the show, pointing out that he was particularly intrigued by the piece How the Monkey King Came to Be. This scene tells the story of the popular character the Monkey King in China’s classic novel Journey to the West.

Classical Chinese dance is simultaneously complex, graceful, and highly expressive, and according to the company, it is one of the most comprehensive dance systems in the world.

Dr. Holmwood said he has seen some shows in China during his travels there. He noted, however, that what distinguished Shen Yun from those other shows is the history and culture that are an integral part of a Shen Yun performance.

“They [the other shows] were more geared towards gymnastics and wowing the crowd with amazing human skills, as opposed to [Shen Yun’s] artistic flair and mythology and history and everything else,” Dr. Holmwood said.