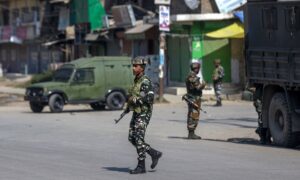 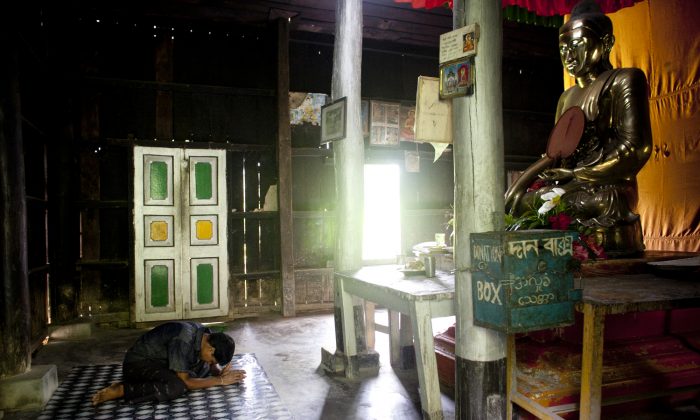 A man prays inside a temple that survived last years attacks, on the day of Probarona Purnima on October 19, 2013 in Ramu, Bangladesh. Getty Images)
India

Buddhist Monk in Bangladesh Has Throat Slit in Murder

The body of Maung Shue U. Chak was found Saturday morning by his daughter-in-law when she went to give him some food, local police official Abul Khayer said. His throat had been slit overnight.

While no one immediately claimed responsibility for the killing, it follows a slew of murders in recent years of members of religious minority groups, foreigners, atheist bloggers and secular publishers in Bangladesh by suspected Islamist radicals. The killings have come amid growing concern that religious extremism is gaining ground in the Muslim-majority nation of 160 million.

Since the start of 2015, at least 15 people have been killed in such attacks, creating a climate of fear that has prompted some Bangladeshis to go into hiding, and others to seek asylum in the United States and Europe.

Bangladesh’s government insists it is working to stop the attacks, but so far it has charged no one in any of the 15 killings since the start of last year. While there have been some arrests — mostly of low-level operatives — there have been no prosecutions so far, and authorities have struggled to make any headway in naming those planning the attacks.

Most of the attacks have a shared pattern — a handful of young men wielding knives or cleavers surround their target and hack the victim to death. The government has advised people at risk to simply lie low and try not to offend anyone.

The Islamic State group and an al-Qaida-linked group have claimed responsibility for some of the recent killings, but the authorities in Bangladesh insist that neither of the groups has a presence in the country. Instead, the authorities have blamed political opposition and local militant groups for the violence.