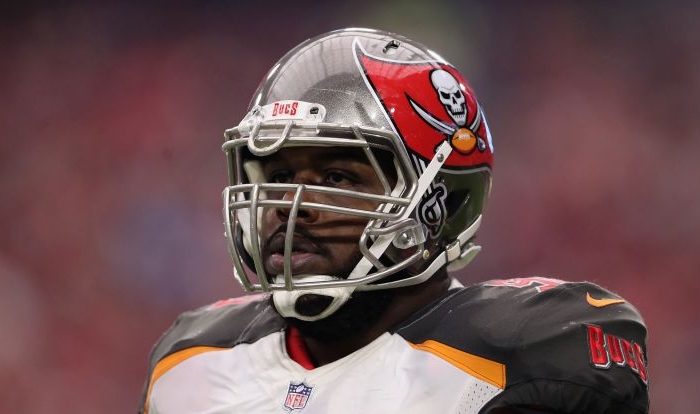 Outside linebacker Adarius Glanton #53 of the Tampa Bay Buccaneers during the second half of the NFL game against the Arizona Cardinals at the University of Phoenix Stadium in Glendale, Arizona on Oct. 15, 2017. (Photo by Christian Petersen/Getty Images)
Entertainment News

A Tampa Bay Buccaneers player suffered a major leg injury during the second half of Monday night’s game against the Atlanta Falcons.

Tampa Bay Buccaneers linebacker Adarius Glanton was rushed off the field in a cart after the injury. He collided with teammate Robert Ayers while the two tried to sack Falcons quarterback Matt Ryan. Ayers was also injured.

ESPN reported Tuesday, Dec. 19, that Glanton is recovering from surgery after a broken left leg. He was placed in an air cast and taken to the hospital.

It means that Glanton is essentially out for the season.

The Buccaneers lost a total of 10 players due to injury during the game.

The Falcons defeated the Buccaneers 24-21.