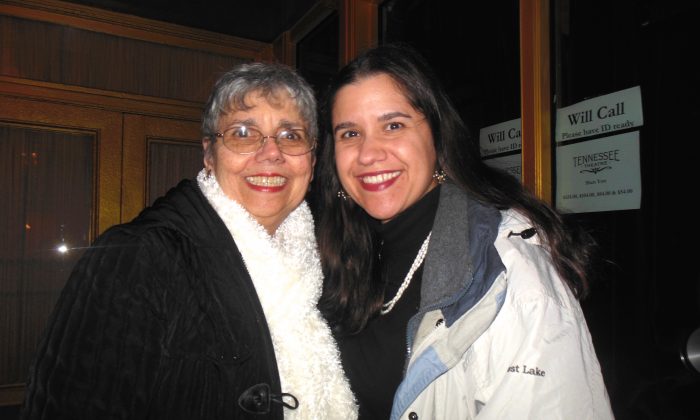 “There is no other word to describe it in my opinion, I thought it was wonderful.”

With beautiful and masterfully choreographed dances, breathtaking scenes created on stage with state-of-the-art animated backdrops, and hundreds of hand made costumes, Shen Yun takes audience members on a journey from the early days of China’s ancient civilization all the way to modern times, presenting legends and stories from China’s culture as well as different dances from different regions and ethnicities of China.

“Sophisticated dance techniques, an orchestra joining instruments from both the East and West, beautiful costumes, and a stunning back drop—this is Shen Yun at first glance,” explains the Shen Yun website.

“It portrayed everything across the board—good, bad, evil,” Ms. Patton said.

“I think that the spirit of a country, their culture, should never be eradicated. A country’s culture should always bloom and grow, and it should be shared with the world,” she said.

“The colorfulness, all of the costumes are beautiful,” Ms. Pfaf said.

She said Shen Yun also had an educational aspect for her, as it informed her of some of the oppression in today’s China.

“It’s very certainly entertaining, but I think just knowing that’s the traditional culture is very interesting to us, I didn’t know much about it,” Ms. Pfaf said.

“I’ve never experienced something like this before, so it was very enjoyable for me,” he said.