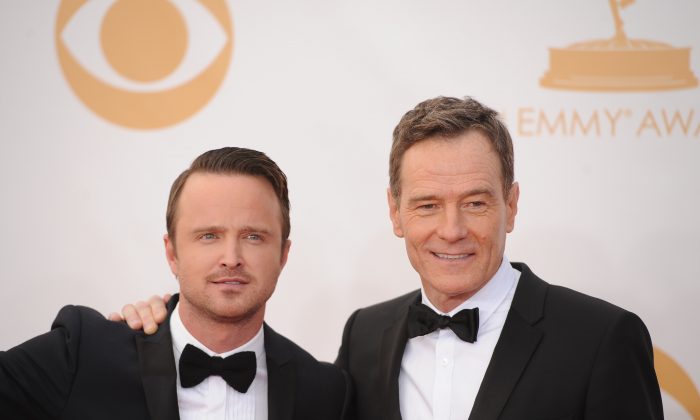 Just days before the Primetime Emmy Awards air on television, three of the award winners take to the screen with a promo video that shows “Breaking Bad” lead star Bryan Cranston at his best.

In the video Cranston and Paul play the owners of a “Barely Legal Pawn” shop where Julia Louis-Dreyfus walks in trying to sell her Primetime Emmy Award for the Outstanding Supporting Actress in a Comedy Series category from 1996 where she played Elaine Benes in “Seinfeld.”

Julia Louis-Dreyfus was nominated for this year’s Outstanding Lead Actress in a Comedy Series for her role as Vice President Selina Meyer in “Veep.”