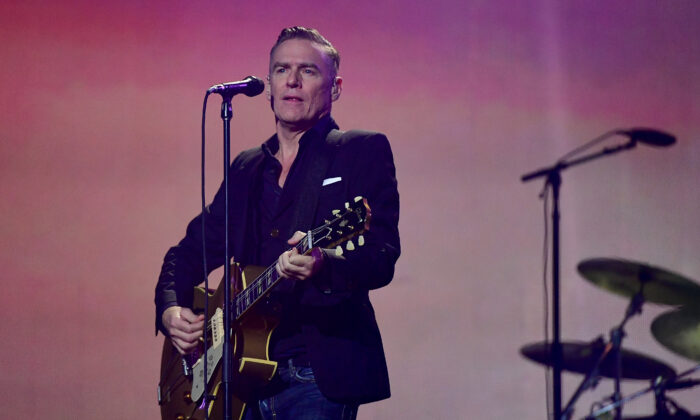 Canadian musician Bryan Adams has announced he is symptomatic after testing positive with COVID-19 for a second time.

In a post on Instagram on Saturday, the singer said, “I was symptomatic even though I had been vaccinated but I’m on the mend now.”

The news comes after he was given an “anti-thrombosis” shot on Friday. “It’s precautionary until I test negative [for COVID-19],” he shared on Instagram.

Adams arrived in Milan on Nov, 25. He later announced he tested positive for COVID-19, the disease caused by the CCP (Chinese Communist Party) virus, for the second time in a month.

Adams is also a photographer. He came to Italy ahead of promotional events for tyre manufacturer Pirelli’s 2022 Calendar, which he shot photographs for.

On Friday, Adams issued a message to Pirelli, saying the company had been “incredibly supportive,” adding “this is the culmination of two years work together.”

“Our calendar comes out next week!” he said.

On Saturday, Adams took the opportunity to promote the calendar.

“Even if I’m stuck in my room here in Milan, I’m keen to meet all of you on November 29th, from 9pm CET on www.pirelli.com for the online presentation of the Pirelli Calendar 2022 ‘On The Road’ which I photographed between Los Angeles, Capri and Canada last summer,” he said on Instagram. “I’m eager to share the pictures and portraits of the amazing artists I had the opportunity to work with.”

Normally, the unveiling of the Pirelli calendar is a gala event attended by those who appear and other VIPS, but this year was already a scaled-back affair because of the pandemic, with a tight guest list for an evening cocktail.

Adams was expected to appear at in-person press events promoting the calendar Sunday and Monday, but that is now uncertain.

Adams was initially engaged to shoot the 2021 version that was canceled due to the COVID-19 pandemic.

Adams previously tested positive for the disease in October and had to pull out of a performance at the Rock and Roll Hall of Fame Induction Ceremony. At the time, his rep said Adams was “fully vaccinated and has no symptoms at all.”