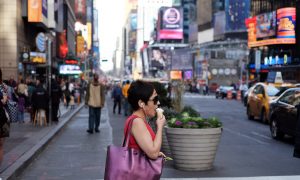 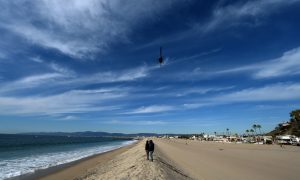 What North America Can Expect From El Niño
0 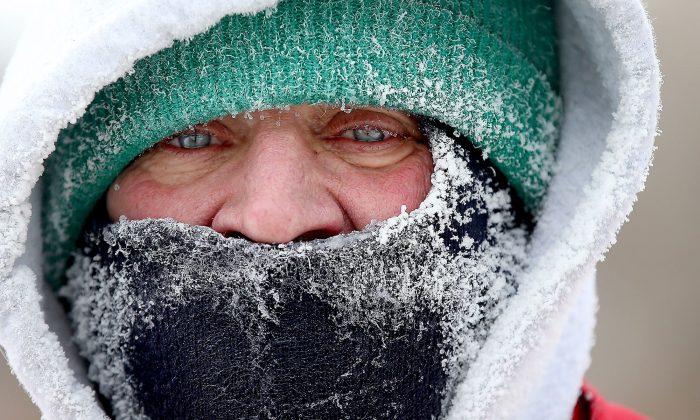 Rich Walter braves frigid temperatures to run around Lake Harriet in Minneapolis, Minn., on Jan. 18, 2016. Bitter cold temperatures and dangerous wind chills are keeping Minnesotans in the deep freeze for a third day. (Elizabeth Flores/Star Tribune via AP)
US

CHICAGO—The arctic air mass that froze water pipes in Minnesota and lead Chicago officials to ask residents to check on neighbors this weekend is sticking around in some parts of the upper Midwest.

Due to El Nino, winter got off to a mild start. But the blast of dangerous cold moved east across the Northern Plains and Great Lakes on Sunday, when temperatures bottomed out at 36 degrees below in Fosston in northwest Minnesota. It was so cold in western Minnesota that traffic lights went dark Sunday morning in Montevideo when a transformer blew. One homeowner’s bid to thaw pipes in West Duluth caused a fire that led to $37,000 in damage, WDIO-TV reported.

Meanwhile, parts of Illinois were in the single digits Monday, the second day with such frigid air.

Many cities sought to ensure no one succumbed to the cold. The Indianapolis Star reported that the state Department of Homeland Security would send anyone needing shelter from the weather Sunday and Monday to a Salvation Army facility. But in Wisconsin, authorities said a 21-year-old woman likely died of exposure in Milwaukee; she had reportedly left a house party and was found outside by a passer-by.

Snow accompanied the drop in temperatures in northern and western Michigan, where up to 16 inches of snow fell over 24 hours in Honor and Traverse City received 10 inches. A march in honor of Martin Luther King Day was canceled in Grand Rapids because of road conditions.

Some reprieve from the cold is expected in the Midwest later in the week, with Chicago expecting to jump into the comparatively balmy 30s by Thursday.

But the sub-freezing temperatures were moving eastward.

In Philadelphia, a man who had been evicted from a homeless shelter returned Sunday morning and opened fire, killing one employee and injuring another, police said. Some officials feared the shooting might deter people from entering shelters as frigid weather entered the region.

“We’re very, very, very concerned; this is not something that happens in the city of Philadelphia’s shelters for people experiencing homelessness,” Marie Nahikian, director of the city Office of Supportive Housing, told WPVI-TV.