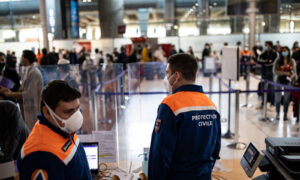 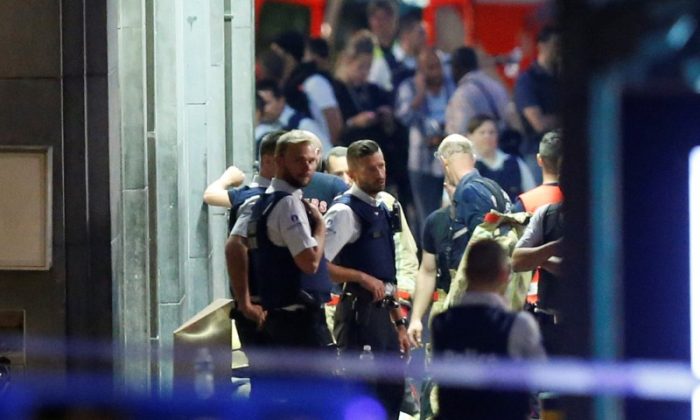 A man was killed after partially detonating a bomb at Brussels Central Station.

Belgian federal prosecutor Eric Van Der Sypt described the incident: “So yesterday at 8:39 p.m. a man entered Brussels Central Station. After passing the counter hall, he went down towards a group of passengers downstairs. After retiring a bit, he returned in the middle of this group. At 8:44 pm, he grabbed his suitcase while shouting and causing a partial explosion. Fortunately, nobody was hurt or injured.”

The suitcase contained gas cans and nails. Had it exploded as intended, it would have riddled everyone on the platform.

The first small explosion could have been a blasting-cap detonator. It failed to ignite the main explosive, but did set the bag on fire.

The man dropped the flaming bag and tried to flee. The bag exploded more violently but still not completely.

The bomber then rushed an armed soldier standing on the platform while shouting, “Allahu akbar” (God is great.)

The soldier opened fire and killed his attacker.

Belgian authorities released some information about the attacker.

“The person who carried out this act has been identified as being O.Z.—we never give the full identity—born on the 12th of January 1981, of Moroccan nationality,” said Belgian federal prosecutor Eric Van Der Sypt. “He’s not known for terrorism. During the night his home in Molenbeek-Saint-Jean was searched within the framework of the investigation. No further details will be given at this stage.”

Brussels police carried out a controlled explosion to dispose of the remains of the suitcase bomb.