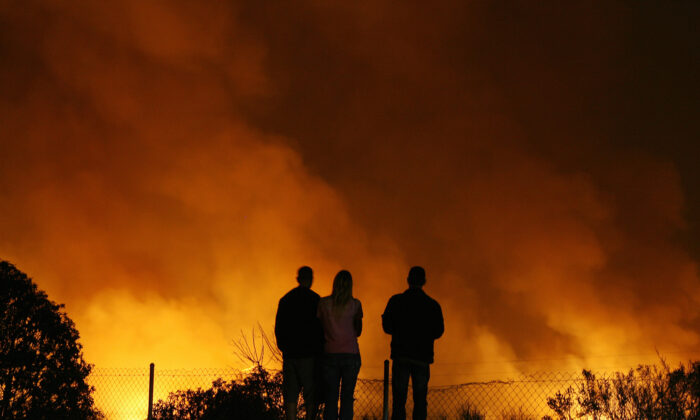 OCEANSIDE, Calif.—A brush fire erupted alongside a stretch of train tracks in Oceanside and moved up an adjacent slope toward some hilltop homes June 29, prompting evacuations, train delays, and road closures but causing no structural damage or injuries.

The blaze broke out about 9:30 a.m. Wednesday off the 2800 block of Industry Street, near Loma Alta Creek and west of El Camino Real, according to police.

Police closed sections of Dunstan Street and Skylark Drive, and North County Transit District officials suspended rail service in the area while firefighters fought the fire on the ground and with several water-dropping helicopters.

Firefighters had halted the spread of the roughly 2-acre blaze by 11:30 a.m.

By 11:30 p.m., all road closures and those on the North County Transit District were lifted. Residents who had been evacuated were also able to return home by that time.

The exact cause of the fire remained unclear in the late afternoon. Investigators did conclude that it was “of human origin,” according to a statement from the Oceanside Fire Department.