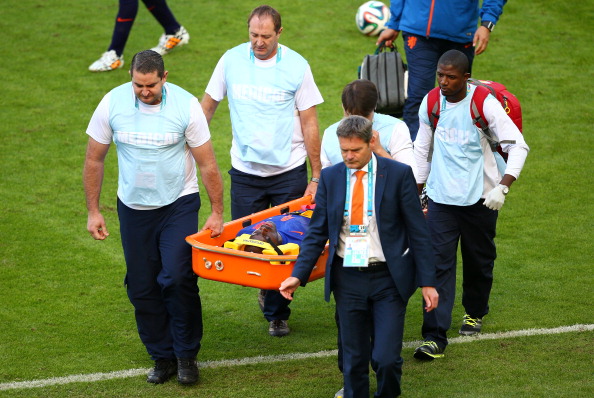 Bruno Martins Indi of the Netherlands is stretchered off the field during the 2014 FIFA World Cup Brazil Group B match between Australia and Netherlands at Estadio Beira-Rio on June 18, 2014 in Porto Alegre, Brazil. (Photo by Paul Gilham/Getty Images)
Soccer

Bruno Martins Indi, a Netherlands defender, was injured in the game against Australia on Wednesday.

He went down after the 45 minute mark.

Indi was carted off in a stretcher. It’s unclear what extent the injury was.

According to reports, Indi was placed in a neck brace and was strapped down to a stretcher. He hit the ground hard after a challenge.

SB Nation notes that winger Memphis Depay was brought out to replace the left central defender, while Daley Blind was moved to left back.