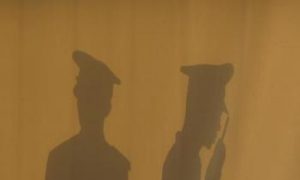 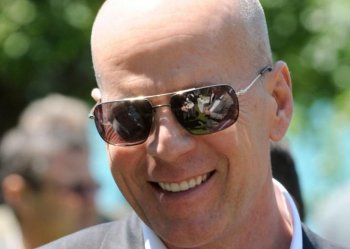 US actor Bruce Willis, shareholder of the French Belvedere Group, arrives to attend the general assembly of the wine and spirit company on June 25, 2010 in Talloires, eastern France. (Jean-Pierre Clatot/AFP/Getty Images)
Entertainment

By Angela Wang
Print
Bruce Willis now has his own cologne as well as a personal care products line, soon to be released for sale.

The actor signed a deal with the German company LR Health & Beauty Systems to produce a line of personal care products for men that he played a role in designing. Named simply, Bruce Willis, the line includes cologne, hair and body wash, deodorant, and aftershave balm.

LR Health & Beauty Systems was established 20 years ago. It mainly produces perfume, body and face products which are sold in over 30 countries all over the world. Other than Bruce Willis, the company also carries perfume lines from a list of other celebrities worldwide, including British hiphop singer Leona Lewis, Calvin Klein ad star Marcus Schenkenberg, along with a series of perfumes designed exclusively for TV show Desperate Housewives.

The Bruce Willis product line has been described as “extremely masculine and, starting from ingredients through to design," according to Willis’ fansite Bruce Willis People.

"[It] embodies every individual feature of the Hollywood star: strong, self-confident, consistent."

Soon to join the fragrance industry alongside celebrities such as Paris Hilton and Britney Spears, Bruce Willis seems to have enjoyed the process.

“The development of my new fragrance together with the very committed and passionate LR team was really a lot of fun,” Willis said, reported Showbizspy.