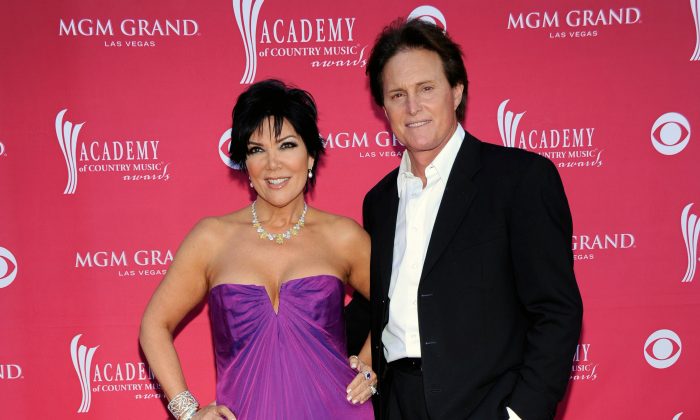 Bruce Jenner’s Mom Esther Slams Kris, Says She Should Change Her Name Back to Kardashian

Esther Jenner, in a recent interview with MailOnline, described Kris Jenner–who filed for divorce from Bruce in September–described her as “controlling.”

“She could insult you with a big smile on her face, I know,” she told the publication. “What do you do with a person like that? You’re going to avoid them if possible. She was backstabbing as far as my grandchildren were concerned, and that is something I can’t stand. She’s domineering — it’s do it her way, or there’s no way. I had very little to do with Kris. I stayed away from her as much as I could.”

Jenner added: “That’s accurate. I don’t know why she is. I don’t think she treated anybody very well.”

The grandmother of Kendall and Kylie Jenner continued in saying she’s happy that the two are getting a divorce after 23 years of marriage.

“[Kris is] domineering – it’s do it her way, or there’s no way. I had very little to do with Kris. I stayed away from her as much as I could,” she said.

But she said that despite the rumors in the media, Bruce is “ecstatically happy right now.”

“When I talk to him I can hear it in his voice and he’s spending a lot more time with his kids,” Jenner said.

Kris has said that she doesn’t have any resentment toward her ex-husband.

“He doesn’t like check in with me and give me a play by play, but it’s his life, and you just want the guy to be happy. You know, he’s still the father of two of my children. We’re friends.”