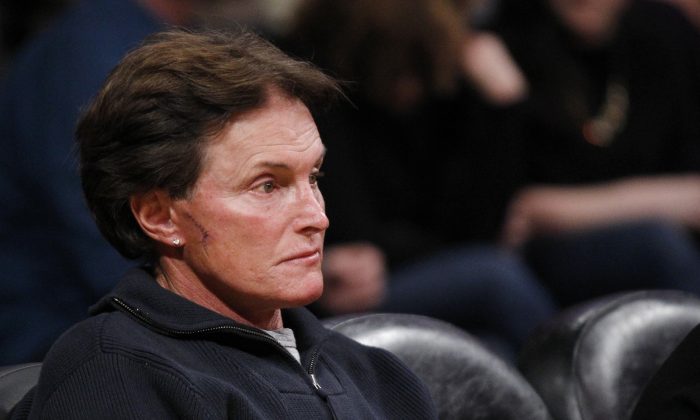 Dallas Mavericks' against Los Angeles Lakers' during the first half of an NBA basketball game in Los Angeles on Monday, Jan. 16, 2012. (AP Photo/Danny Moloshok)
Entertainment

The “Keeping Up with the Kardashians” star—whose estranged wife Kris Jenner filed for divorce yesterday, September 22, 2014 – is a keen racing fan and made an “impulse purchase” from NASCAR star Robby Gordon at the Sand Sports Super Show in Orange County yesterday.

According to TMZ, the former Olympian plans to debut his new vehicle at the Griffin King of the Hammers race in Johnson Valley, California, in February with his sons Burt and Brandon.

Along with purchasing the car yesterday, Bruce was also busy writing his response to Kris’s divorce petition, which he submitted just a few hours after the showbiz matriarch filed her legal documents.

Bruce asked a judge to agree to the same terms set out by Kris, including that they have joint physical and legal custody of their youngest daughter Kylie, 17.

Like, Kris, Bruce asked for his own “jewellery and other personal effects,” and “earnings and accumulations…from and after the date of separation.”

According to RadarOnline.com, Bruce doesn’t want to pay spousal support, which is also in line with Kris’ petition, which asked the judge to bar the court from awarding spousal support.

The couple announced they had split last October, while the court documents state they separated on June 1, 2013.