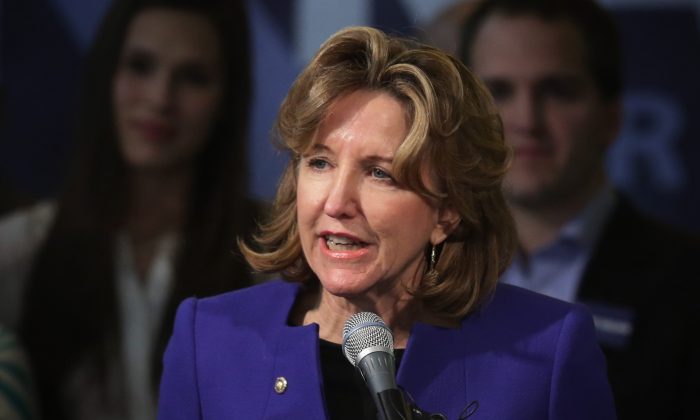 Brother Says Former US Sen. Hagan Is in Intensive Care

Hagan’s brother tells The Lakeland Ledger in Florida, Hagan was rushed to a Washington, D.C., hospital Thursday and was being treated in an intensive care unit.

Joe Ruthven says Hagan didn’t have a heart attack and isn’t in a coma. He wouldn’t give any further details.

The 63-year-old Hagan and her brother live in Lakeland, between Orlando and Tampa.

Hagan, a Democrat, was elected in 2008 and served one term before she was defeated by Republican Thom Tillis.

The Hagan family said in a statement released to The Associated Press by a spokeswoman that “Kay is receiving the best possible medical care.” It didn’t give further details and asked for privacy.