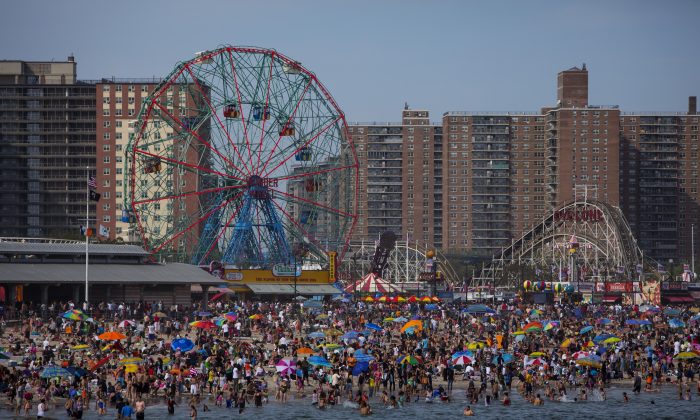 11 Facts About Brooklyn
By Ananda West

1. Brooklyn is the largest of New York City’s five boroughs by population and the second largest by area. With 2.6 million people, it is the second most densely populated county in the nation.

2. Immigrants accounted for 39 percent of the borough’s residents in 2012, the third-largest share of any large county in the nation.

4. Since 2003, the number of businesses has grown by 21 percent, a much faster rate of growth than the rest of the city.

5. The health care and social assistance sector is the largest employer in Brooklyn, accounting for one-third of all private sector jobs.

6. Manufacturing jobs are increasing in Brooklyn, reversing a decadeslong trend.

7. Brooklyn is also attracting a growing number of technology and creative firms with relatively high-paying jobs.

9. Median household income in Brooklyn is lower than in the other boroughs, but it grew twice as fast in 2012 (5.8 percent) as the citywide median.

10. Nearly 30 percent of all households in Brooklyn devoted more than half of their income to rent.

SOURCE: “An Economic Snapshot of Brooklyn,” Office of the State Comptroller.