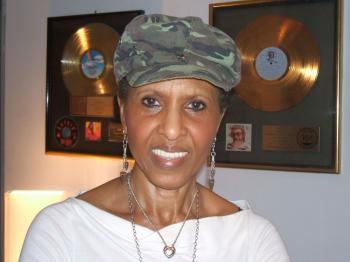 Denise Benson
View profile
Follow
biggersmaller
Print
Nona Hendryx wants the upcoming Hopestock music festival to be music for the soul and a showcase for new and emerging artists. Hendryx is a former backup singer for Patti Labelle, and has a music company called Spirit Sings LLC that is based in Manhattan. The festival will start on June 11 and continue throughout the summer.

Drawing on her own experience from the 1970s, she hopes the shows will be a platform for artists to perform before a live audience and give the community the rare chance to hear a genre of music from when she was a young artist. In those days, the diversity of the lineups in the shows was their strength.

“Because people came to the show to see Herman and the Hermits, but heard The Shirelles and heard Marvin Gaye and you built a following that way,” said Ms. Hendryx about past performances.

Hendryx has worked with many famous artists and groups in theatres in Brooklyn, including Tom Jones, Patti Labelle and The Bluebells, Marvin Gaye, The Zombies, Herman and the Hermits, and The Shirelles.

Hendryx’s vision for Hopestock opening night on June 11 is that it will build hope and harmony and create a following for new artists. She also believes it will bring the audience and music back to the basics by opening up new venues where today’s young artists can perform and break the stigma of being confined to a certain type of music.

“Music continues to be an inspiring antidote…offering a reservoir of hope and nurturing the human spirit,” said Ms. Hendryx, who adds that her one wish in these times of economic challenges is that no child goes hungry.

Being no stranger to poverty, Hendryx believes that music has a way of uplifting people and the community.

“In these times of economic uncertainty, we are all searching for solutions to everyday problems,” said Ms. Hendryx. “Affordable housing, proper healthcare, and financial security are not as easily attainable as they were in our recent past.”

“Music can touch a person in a way that nothing else can,” said Ms. Hendryx in a soft-spoken tone. She believes she has been blessed with the ability to receive the rich messages music has to offer.

Hopestock: Music to Bail Out Your Soul will be kicked off on June 11 at 7:30 p.m., at the Merkin Concert Hall in New York City by Hendryx. Upcoming shows will be at SOB’s on July 26, the Brooklyn Lyceum on August 29, and John Dew Theater of Guild Hall on September 11.

Merkin Concert Hall at Kaufman Center Goodman House is at 129 West 67th Street, Manhattan (between Broadway and Amsterdam Avenue). Showtime is 7:30 p.m. Tickets are $20 each at the Merkin box office (212-501-3330) or online www.kaufman-center.org .