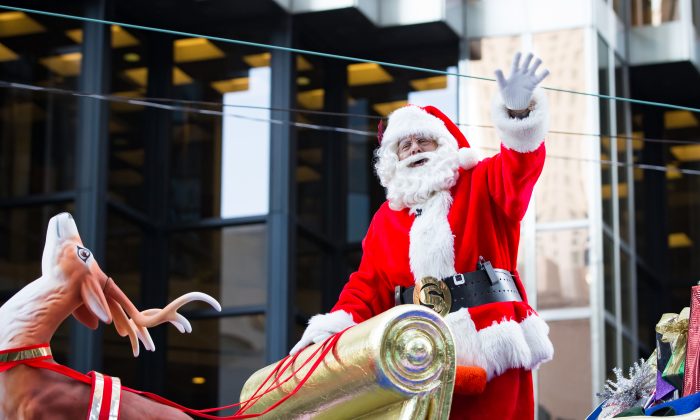 A new principal in New York is facing backlash for banning any mention of Thanksgiving and Christmas.

Eujin Jaela Kim recently took over PS 169 in the Sunset Park neighborhood in the Brooklyn borough, and instituted the changes.

She told teachers and parents that Santa Claus, the Pledge of Allegiance, and Thanksgiving are all banned.

“We definitely can’t say Christmas, nothing with Christmas on it, nothing with Santa,” PTA president Mimi Ferrer told the New York Post, recounting what administrators told her.

“No angels. We can’t even have a star because it can represent a religious system, like the Star of David.”

A school principal in NY is saying bah-humbug to Santa Claus, Christmas, and the Pledge of Allegiance! “We are in…

A memo last month from assistant principal Jose Chaparro suggested a “harvest festival instead of Thanksgiving or a winter celebration instead of a Christmas party.” He urged staff to “be sensitive of the diversity of our families. Not all children celebrate the same holidays.”

Kim, 33, hasn’t responded to the article.

Ninety-five percent of the 1,600 kids at the school are Asian or Hispanic.

The Department of Education said in a recent directive to all schools in the city that displays that depict “images of deities, religious figures, or religious texts” are prohibited, but holiday symbols such as Christmas trees, Hanukkah menorahs, and the Islamic star-and-crescent are allowed.

PS 169 business manager Johanna Bjorken told staff in a memo that Santa Claus would be prohibited as a “religious figure,” but the department said that Santa is allowed.