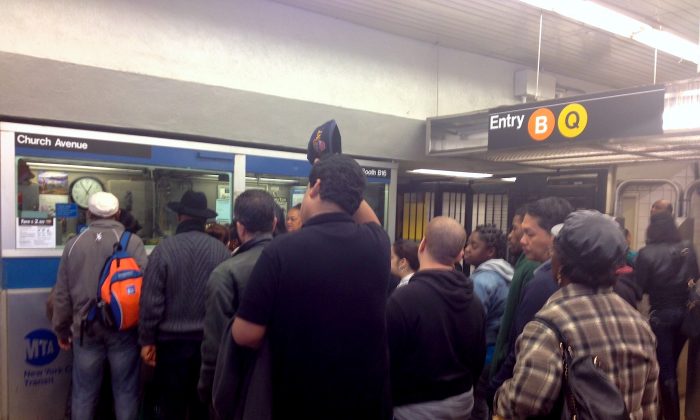 A person was reportedly struck by a B train and was stuck underneath the train at the Atlantic Avenue station in Brooklyn.

B line service is suspended and the Q line is running on the N track from DeKalb to Stillwell, says an MTA spokesperson.

The spokesperson said that incident has not been confirmed by police.

The person was reportedly struck at around 12:30 p.m.

It is unclear how badly the person was injured. Police are on the scene of the crime.

A number of Twitter users spoke of long delays on the Q and B lines.