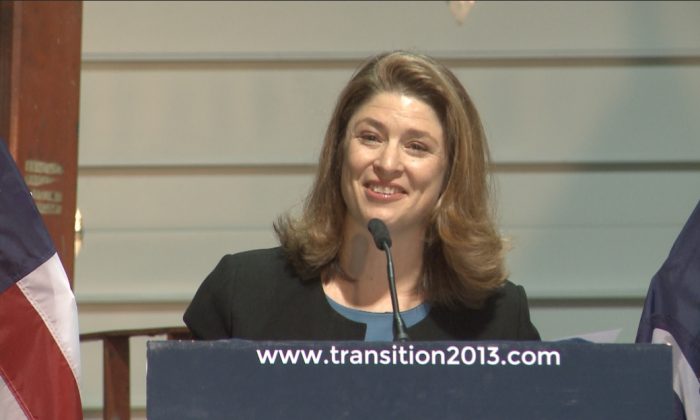 NEW YORK—Since Downtown Brooklyn was rezoned a decade ago, the ripple effect of the entrepreneurial spirit that flooded into the borough has turned Brooklyn into a global name worthy of investment.

But several infrastructure concerns are being brought to the spotlight as Brooklyn—which has the fastest growing population of the five boroughs—continues to fill out.

More commercial space is necessary to attract new companies and allow for the boroughs coveted tech firms to grow, transportation is a persistent and growing concern, and quality of life improvements are just as important in growing Brooklyn’s brand, panelists said at the Massey Knakal Brooklyn Real Estate Summit Tuesday.

“Brooklyn is certainly front and center of our strategy,” said deputy mayor Alicia Glen Tuesday morning during a keynote interview. The residential market is strong, and the city intends to capitalize on that momentum, rezoning several areas to require affordable housing in every residential development.

“I want to be clear, where we are rezoning a site for private development use, developers will be required to provide affordable housing to build a building,” Glen said. The level of affordability has yet to be determined across different rezonings—of which the administration plans to present around 15—but affordable housing will be required in any development seeking a rezoning or building in a newly rezoned neighborhood.

The mandatory inclusionary zoning is a stark departure from previous policies, Glen explained, where the city historically subsidized the units in some way or form, usually through tax breaks. Now the goal is to increase affordable housing “without needing the city to pay for it,” Glen said.

Economic Development Corporation head Kyle Kimball acknowledged the need for contributions from the city in the equation. In addition to subsidies and taxes, the city also has the ability to increase density—three tools that will all be necessary to grow Brooklyn in a smart, sustainable way, officials said.

“The math, as everybody knows, favors residential,” Kimball said, pointing out the need for commercial space in the borough.

A common story: two decades ago, no one wanted to be showed Brooklyn. Now there is a stark shortage in inventory.

Developers and city officials alike pointed to the large tech firms of Brooklyn—Etsy, WeWork—and the many small tech start ups in the Triangle that are growing up and realizing their need to more infrastructure, more space.

Earlier this year, the city invested millions of dollars in quality of life upgrades to Downtown Brooklyn, with fixes like sidewalk repavings. Upgrades like these are also what the city considers infrastructure, Kimball said, because of the increased emphasis on people wanting to live, work, and play in the same neighborhood.

Rather than focusing on connecting Brooklyn to Manhattan, there needs to be an immediate focus on quality of life so areas of Brooklyn can be “a self-contained place where people can work, live, play.”

Transit is undeniably important, especially as the younger demographic Brooklyn is known to attract has an affinity for taking subways or using CitiBike.

When you introduce a neighborhood, aptsandlofts.com founder David Maundrell said in one panel, the first or second question is always, “what subway stop is that?”

“A lot of people love Red Hook, but Red Hook will ever be Williamsburg, Red Hood will never be Greenpoint,” Maundrell said. “The transit’s just not there.”