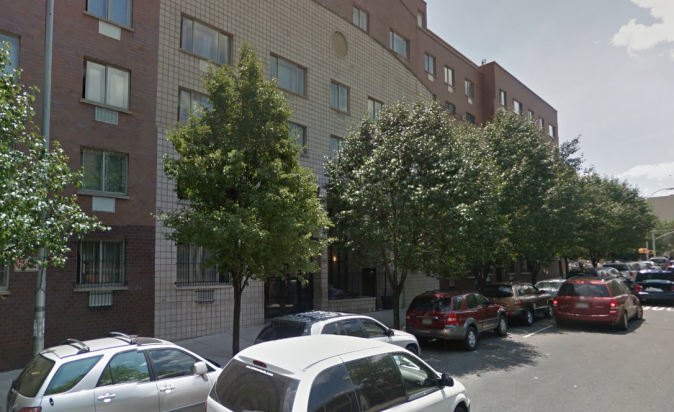 1240 Washington Avenue, Bronx, New York; The site of where attempted rapist Earl Nash was killed by Mamadou Diallo, who was rushing to the aid of his wife. All charges against Diallo were dropped on Sept. 7. (Google Maps image)
New York

A local district attorney has decided to drop criminal charges against a Bronx cab driver who killed his wife’s attempted rapist last May.

Mamadou Diallo, 61, who faced charges of assault, criminal possession of a weapon, and harassment in connection to the death of Earl Nash, was set free on Sept. 7, according to a news release.

“We waited for three months for the autopsy results, and after a thorough investigation as well as discussions with the deceased’s family we have determined that no grand jury action is warranted. We are dismissing the charges against Mamadou Diallo,” District Attorney Darcel Clark said.

The courtroom erupted in cheers when the judge agreed to the decision.

“I’m happy for the American justice, and it’s the best way in the world, that’s what I say,” Mamadou told reporters following the court proceedings, according to the New York Daily News.

Nenegale reiterated similar points and thanked everyone for their support.

“I want to say thank you to everyone,” she said. “I think they did the right thing because he was defending me; that’s what a husband does.”

On the night of May 30, 2016, Nash forced his way into the Diallos’ Claremont Village apartment, where he pulled his pants down, ripped off the wife’s clothes, beat her, and tried to rape her. Nenegale called her husband who dialed 911 and rushed back to their Bronx dwelling.

He encountered a shirtless Nash in the hallway and struck him with a tire iron. Nash was transported to a local hospital, where he died.

The Nash family were in agreement with the dismissal of charges.

“We truly believe that both the Nash and the Diallo family have suffered a great deal of pain as a result of May 30, 2016,” the Nash family wrote in a statement that prosecutors read on their behalf.

“While we cannot undo the damage that was done that evening, we hope to bring some closure not only to our family but to the Diallo family as well. As such, we wholeheartedly recommend that District Attorney Clark dismiss all charges against Mamadou Diallo.”