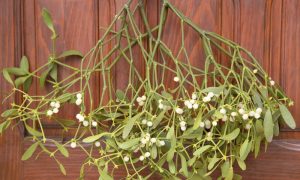 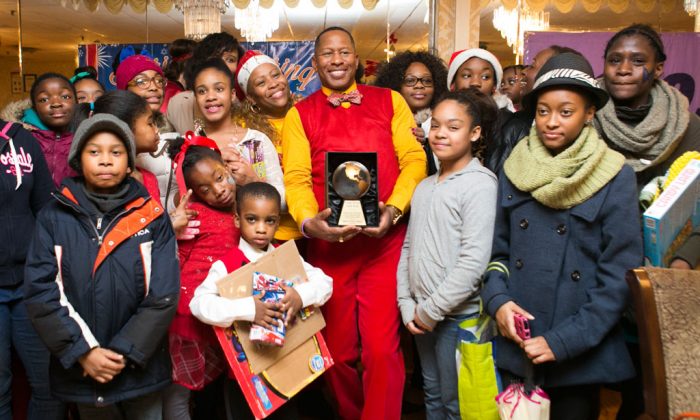 Co-host of the toy giveaway event, Council member Andy King receives a trophy at the Eastwood Manor in the Bronx, N.Y., on Dec. 24, 2014, for his contribution to the community. (Samira Bouaou/Epoch Times)
New York

NEW YORK—Eight years ago, Council member Andy King and his wife Neva Shillingford–King wanted to do something for the children in their neighborhood in the Northeast Bronx.

Generosity, giving, and sharing made up the spirit of Christmas for the couple, Shillingford–King said, and it inspired them to open their home to neighbors with children—children from the shelters, even the families they didn’t know.

“People told us we were crazy,” Shillingford–King said with a laugh. But about 25 children and families showed up, and they spent Christmas opening gifts, playing games, and making new friends. “It’s all about what Christmas stands for.”

Some of the conversations from that year still stick with King. “We had people in our home we met for the first time. It was a loving experience; with some of the parents we shed a tear, because no one ever reached out and offered sincere love and joy from their heart without asking for anything back,” he said.

They opened their home to the community the next Christmas, and then again, and then by the fourth year the event had grown too big to be hosted in the Kings’ living room.

This Christmas Eve, the council member hosted the event at the Eastwood Manor, leading games like musical chairs for groups of excited children. The guest list has since grown to over 300 people, and the program has expanded from songs and games to a decorated horse and carriage show with hundreds of toys to give away and appearances from costumed characters like Batman and Captain America.

King’s hope is that the children will take away a sense of positivity with them and help inspire it in others.

It’s not enough to be loving and forgiving just two months out of the calendar year, King said. “I’m asking us all to take the same love and joy that we share at the end of the year and let it ring throughout the other 10 months of the year.”

Cristina Palestina moved to Norwood in the Bronx less than three years ago. With four young daughters—the oldest one is 10 and the youngest is just 1.

Christmas is best spent at home if she has the opportunity to take a break, Palestina said. Usually they try to spend time with her sister’s family, but her sister is out of town this year. So when Palestina received a program for King’s annual Christmas event for children, they decided to go.

“I like it. It has a lot of activities!” one of her daughters said while jumping, before running off to join in with the games again.

“It’s really good,” Palestina said. “It’s a good opportunity for the kids and for the families. The kids are entertained with good things, with music, art … the families can be more together. It’s wonderful for all families.”

Some of the families were attending for the first time and others have come before and made it an annual tradition. They also partner with the Metropolitan Transportation Authority to send a bus to pick up families from a different shelter every year, to invite them to the party.

Rosetta Archibale has attended the Kings’ Christmas event every year with her children, and now grandchildren, since the very beginning. “I look forward to it every year.”

“I love it and I love [King]; he’s been doing this since before he became a council member … [Neva Shillingford–King] is like a sister to us,” Archibale said. She is a longtime resident of the Bronx and a captain at the Boston Secor housing development, so her family’s relationship with the Kings goes back a good 20 years, she said.

“It gives the kids inspiration … it’s something for them to look forward to,” Archibale said. She’s seen families from shelters, families who can’t afford Christmas celebrations, and the joy these celebrations bring the children. “It’s a positive thing. Maybe for them [the children], when they get older, it’ll inspire them to give back something positive to their community.”

Shillingford–King started the Bronx Youth Empowerment Program (YEP) the same year she and her husband hosted the first Christmas party in their home.

Youth in the program come together to discuss community issues and give back through community service, said 16-year-old Chinnel Hudson. She joined the group in the eighth grade, and stuck with it even though many of her peers had dropped out of the group over the years.

For four years now, she’s helped set up and organize the party with YEP. “I think it’s a really great way to give back to the community, because a lot of times people don’t have stuff, so we try to help them,” Hudson said. “We try our best, to help someone have a smile on their face [today].”