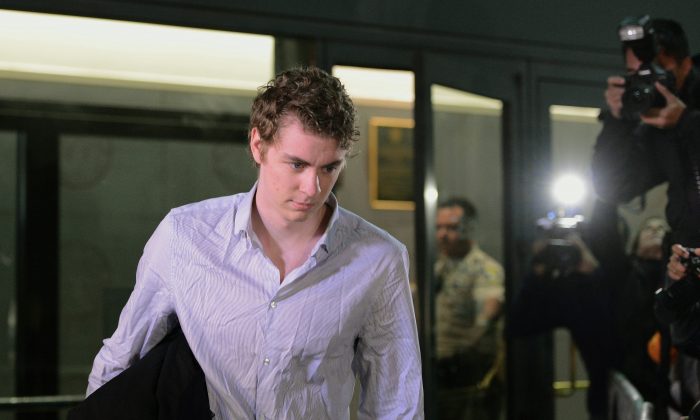 XENIA, Ohio—A former Stanford University swimmer whose six-month sentence for sexually assaulting an unconscious woman sparked a national outcry has registered as a sex offender in Ohio, where he’s living with his parents.

Brock Turner registered at the Greene County sheriff’s office on Tuesday, four days after leaving a California jail after serving half his term. California jail inmates with good behavior typically serve half their sentences.

Turner registered under his family’s address in Sugarcreek Township, where about a dozen people had protested Friday as police watched.

The 21-year-old must register as a sex offender for life. He faces three years of supervised probation.

He was convicted of assaulting the young woman near a trash bin after they drank heavily at a fraternity party in January 2015. Turner plans to appeal.