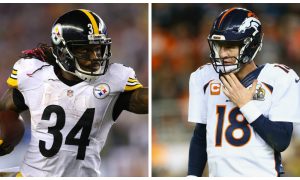 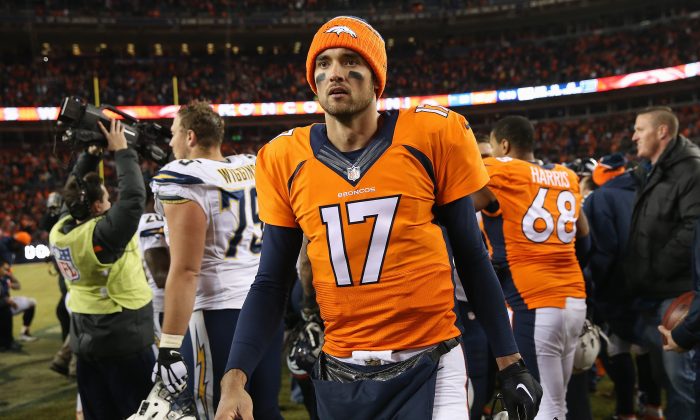 Quarterback Brock Osweiler led the Denver Broncos to a 5–2 record as a starter in 2015. (Doug Pensinger/Getty Images)
NFL

The 25-year-old Arizona St. alum, who is slated to replace the retiring five-time MVP Peyton Manning as Denver’s quarterback, was making a pizza run at 2am on Saturday morning at Joe Pizza in Scottsdale, AZ when he and his wife were allegedly heckled by another group outside the establishment.

One woman tries to confront Osweiler’s wife during the confrontation so the 6-foot-7, 240-pound Osweiler uses a stiff arm to push her away. Osweiler—who’s holding a pizza box the entire time—then is pushed hard in the back by a guy in the group who didn’t like Osweiler stiff-arming his woman, which sends Osweiler flying. But he wisely decided not to fight back. Check out the video:

Cops were quickly on the scene and broke everything up. Meanwhile Osweiler, a 2012 second-round pick of Denver, could be on the verge of signing a big contract with the Broncos.