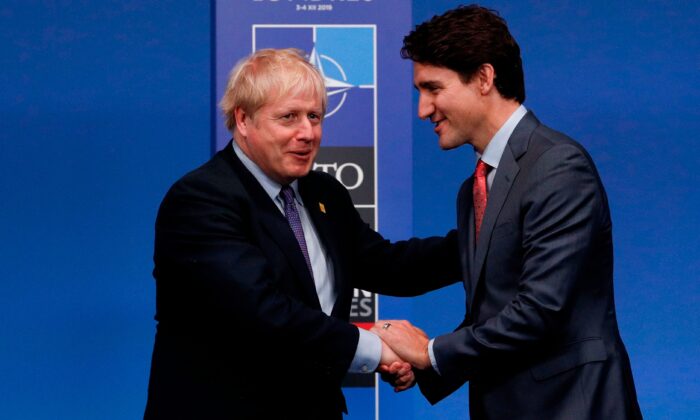 OTTAWA—The British government is concerned and disappointed that Canada’s Parliament won’t be able to formally ratify their new trade agreement ahead of a Jan. 1 deadline.

British trade officials say they are concerned the delay will inflict “damage and destruction” on businesses, and they blame the situation on Canadian politicians who they say can’t set aside their partisan differences.

The British system has the “bandwidth” to get the deal formally approved on time, the officials said on the condition of anonymity because they did not have authorization to speak publicly on the matter.

That was an apparent dig at Prime Minister Justin Trudeau because he used the same word last month to describe the challenge Britain’s trade department faced in negotiating simultaneous trade agreements with the European Union, Australia, Japan, New Zealand, and the United States.

Canada−Britain trade has been covered by a deal between Canada and the European Union. When Britain completes its “Brexit” at the end of 2020, that agreement will no longer apply.

The new provisional Canada−Britain trade deal was announced with fanfare on Nov. 21 by Prime Minister Justin Trudeau and his counterpart Boris Johnson, and was needed to avoid a no-deal scenario that will trigger fresh tariffs, as high as 10 percent, on a range of Canadian exports on Jan. 1.

But the Liberal government only followed up on Wednesday by introducing the necessary legislation in the House of Commons to legalize the new pact, two days before its Friday adjournment for its Christmas holiday recess. Parliament isn’t scheduled to sit again until late January.