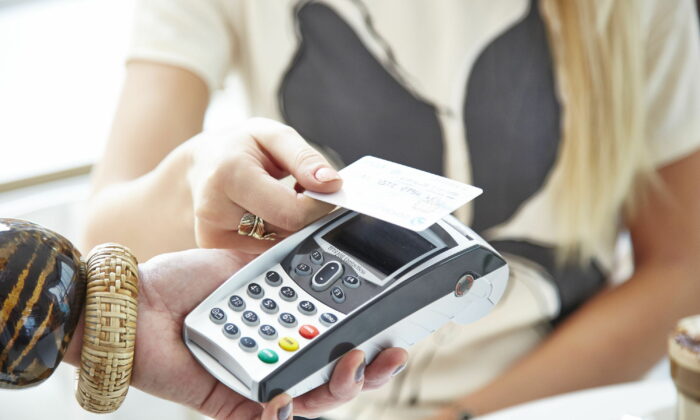 Rising energy prices saw the average spending on utility bills in May jumping by more than a third compared to the same month last year, data from Barclaycard show.

The company, which sees nearly half of the UK’s credit and debit card transactions, on Tuesday said its latest monthly Consumer Spending Index indicated a 9.3 percent year-on-year average spending growth in May.

An average customer’s utility bills saw a 34.5 percent surge in May compared to the same month last year. It comes after the UK’s energy regular raised the country’s energy price cap in April by a historical 54 percent to reflect the spiking global gas prices.

In Barclaycard’s latest consumer confidence survey, almost 9 in 10 (88 percent) of the 2,000 respondents said they were concerned about rising household and energy bills, while 4 in 10 (41 percent) were looking for ways to save energy and water at home, the company said.

Consumers have turned to cancelling their subscriptions in order to reduce their bills, with the average spending in May on digital content and subscription down by 5.7 percent on the same month last year.

More than one in five (21 percent) of survey respondents said they were reviewing their subscriptions and cancelling those they can live without, while 18 percent said they were cancelling a TV or streaming service.

People spent 24.8 percent more on petrol and diesel this May as fuel prices soared, but 24.8 less was spent on car parts, auto repairs, and parking.

Average spending on public transport surged by 83.3 percent, while the number of transactions increased by just over half (52 percent), indicating more people are travelling to work.

In May 2021, people were told to work from home if they could to reduce the spread of the CCP (Chinese Communist Party) virus, which causes COVID-19.

Compared to last year, slightly less was spent this May in supermarkets (-2 percent) and specialist food and drink stores (-0.9 percent) despite inflation. It may partly be people trying to cut costs, as 41 percent of respondents said they were looking to do so, but could also be affected by less home cooking this year as people return to work, restaurants, and more takeaways.

England’s indoor hospitality businesses were not permitted to reopen until May 17, 2021, after which only six people were allowed to socialise indoors.

The artificially low spending in hospitality and leisure venues last year meant this May saw an increase of 67.2 percent, with restaurant spending doubling the number last year.

Average takeaway and fast food spending rose by 7.7 percent this May.

The ballooning spending on travel is the main driving force in the increase on non-essential spending, which was at 11.6 percent.

The modest non-essential spending growth could partly be because of a decline in retail demand, Barclaycard said, as shoppers had “flocked back to stores” last year after non-essential retail reopening in late April.