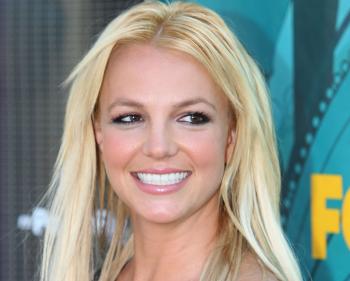 Britney Spears proved to be a ratings-booster on the Tuesday episode of 'Glee.' (Frazer Harrison/Getty Images)
Entertainment

Spears appeared in some dream-sequence scenes, prompting 13.5 million viewers to watch the show, according MTV News, citing the Nielsen ratings.

"Glee" posted its best ever rating among 18 – 49 aged adults, the most sought-after group among TV advertisers, and was the second-most watched episode in the show’s history.

The Tuesday episode ratings makes "Glee" the first show since Seinfeld in 1993 to premier with the highest ratings, on TV and then have an increase in the second episode. The first episode had 11.1 million viewers, according to Nielsen.

Five of Spears’ songs were used on the show, including “Stronger,” "… Baby One More Time" and "Me Against the Music."

Spears also thanked her fans via Twitter when the show aired.

“I loved it! Thank you guys SO much for making this happen!” she tweeted.