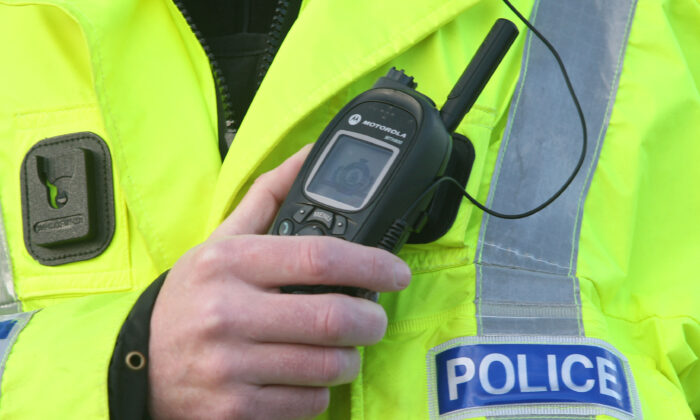 A feminist Youtuber was visited by police to “offer words of advice” after a complaint was made against comments in her video that the complainant felt were “inappropriate and offensive.”

Jay Keen, who blogs under the name Posie Parker, is a women’s rights campaigner who also runs the organization Standing for Women, which she says is aimed at “combatting the silencing of women’s voices on the erasure of our rights, our spaces, and our language posed by the totalitarian transgender promoting ideologues.”

‘Is it a Crime to Be Untoward About Paedophiles?’

On Sunday, Jay Keen posted a video alleging that she was visited by two police were investigating a complaint that accused her of “being untoward about paedophiles.”

Jay Keen said that she replied by saying “is it a crime to be untoward about paedophiles?” Then the police asked her if she knew which video she was talking about.

She replied by saying she makes lots of videos about child safeguarding and women’s rights “and not wanting male born men using women’s spaces.” She added that the police said that they hadn’t watched the video but they had recorded it as a hate crime.

Jay Keen told The Epoch Times that she had not heard any developments on the case since Sunday.

She told Talk TV on Monday that she believes that the police misspoke and “the police were out of their depth.”

The Epoch Times asked Wiltshire Police if it was correct that one officer said: “We hear you’re being untoward about pedophiles.”

A Wiltshire Police spokesman told The Epoch Times by email that “following a report from a member of the public, officers visited a woman in Trowbridge to offer words of advice regarding comments made online which the complainant felt were inappropriate and offensive.

“No further police action will take place and the matter has been closed.”

The Reclaim Party’s Laurence Fox recently launched the Bad Law Project with Fair Cop’s Harry Miller in response to what they call “a culture of coercion and control that is fast replacing our legal system.”

“The police have no business visiting members of the public to offer them advice,” said Bad Law Project Chief Executive Officer Harry Miller to The Epoch Times.

“Their job is to prevent and detect crime, not to educate and intimidate. Bad Law will be ruthless in holding Chief Constables to account,” he said

On July 21, new guidance from England and Wales’s police body said that individuals “who are commenting in a legitimate debate, for example, on political or social issues, should not be stigmatised because someone is offended.”

Chief Constable Andy Marsh, CEO of the College of Policing, said that non-crime hate incidents should not be recorded where they are trivial, irrational, or if there is no basis to conclude that an incident was motivated by hostility.

“While we work to protect the most vulnerable in society, we also have a responsibility to protect freedom of speech. This updated guidance puts in place new safeguards to ensure people are able to engage in lawful debate without police interference,” he said.

In May, the UK’s new chief inspector Andy Cooke said that officers should stay away from “the different thoughts that people have” and focus on serious criminality.

“We’re not the thought police, we follow legislation and we follow the law, simple as that,” he told The Times of London on May 15, referencing the term coined by George Orwell in his 1949 dystopian novel “Nineteen Eighty-Four.”

In July, Wiltshire Police was placed under special measures after a report graded it as “inadequate” in its ability to respond to the public, protect vulnerable people, and strategic planning.

The Metropolitan Police, the UK’s largest police force, Greater Manchester, Cleveland, Gloucestershire, and Staffordshire were also placed under special measures this week after a series of failures.

At the time, Her Majesty’s Inspector of Constabulary Wendy Williams said she had “serious concerns about Wiltshire Police’s performance, particularly how it responds to the public, protects vulnerable people and makes use of its resources.”

“The force is missing opportunities to protect vulnerable and repeat victims of crime. It needs to improve the way it manages victims’ calls, so that all vulnerable people are identified. Some domestic abuse victims have received an unacceptable level of service and have continued to remain at risk. The force is not supervising investigations well enough and doesn’t always follow all investigative opportunities,” said Williams.