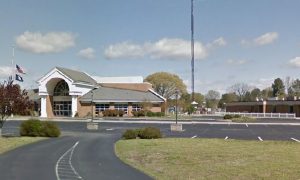 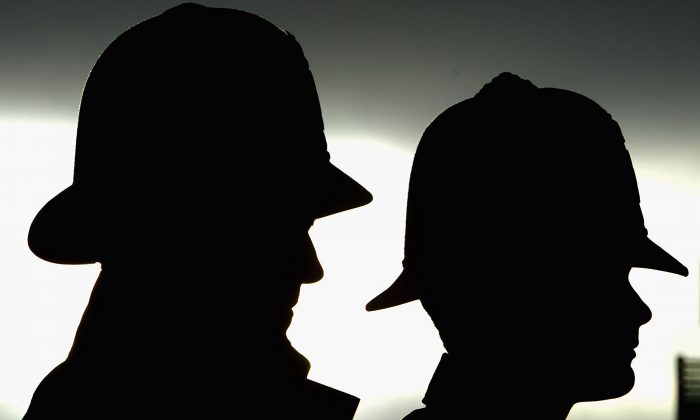 British Woman Arrested After ‘Misgendering’ on Twitter, Banned From ‘Deadnaming’

A British woman was arrested after a transgender activist complained she had “misgendered” the individual on Twitter, and is now banned from linking to the person’s former male identity—something known as “deadnaming”—as police investigate a malicious communications charge.

The case comes a few days after another police force apologised for telephoning a 74-year-old woman to tell her to tone down her blog posts on issues of gender because they were attracting complaints.

Kate Scottow, 38, was detained for seven hours at the local police station in Hertfordshire, England, after the complaint from transgender activist Stephanie Hayden.

“I was arrested for harassment and malicious communications because I called someone out and misgendered them on Twitter,” Scottow wrote  on Mumsnet, according to local media.

Are we getting to the PC tipping point yet? This is insane and has to stop.

Mother is arrested in front of her children after calling a transgender woman a man https://t.co/NCy5lagyB0

Hertfordshire Police said they do not name suspects until they are formally charged. But they said in a written statement that there were investigating an allegation of “malicious communication” and had submitted a file to the Crown Prosecution Service to determine if formal charges can be brought.

“As part of the investigation, a lap top and mobile phone were seized for examination which has now taken place and the property has been returned to its owner.”

“A 38 year-old woman, who was arrested in December, was released from custody and remains under police investigation.”

The Mail on Sunday says she is banned from referring to her accuser as a man while the case is considered.

According to the Mail on Sunday, the court papers say Scottow is accused of a “campaign of targeted harassment” alleged to be motivated by Hayden’s “status as a transgender woman.”

The court papers claim that, during a “toxic” debate over plans to allow people to “self-ID” as another gender, Scottow tweeted “defamatory” messages about Hayden.

Scottow is alleged to have used twitter accounts to “harass, defame, and publish derogatory and defamatory tweets’ about Hayden.

According to the court document, Scottow denies the allegations and said she holds a “genuine and reasonable belief” that a human “cannot practically speaking change sex.”

A judge, however, has issued an interim injunction that bans Scottow from posting any personal information about Hayden on social media, “referencing her as a man” or linking Hayden’s “former male identity.”

Investigated For ‘Liking’ a Limerick

“I was arrested in my home by three officers, with my autistic ten-year-old daughter and breastfed 20-month-old son present,” Scottow wrote on Mumsnet, according to the Metro. “I was then detained for seven hours in a cell with no sanitary products (which I said I needed) before being interviewed then later released under investigation.”

According to the Times, Hayden is a 45-year-old activist from Leeds, previously known as Tony Halliday and Steven Hayden, with a history of threatening Twitter users with legal action if they disagree with Hayden’s views on gender.

A week earlier, Sussex police apologised after they asked 74-year-old former teacher and journalist Margaret Nelson to remove her tweets and posts about gender.

Apology for blogger whose gender comments led to call from police https://t.co/MRKvG5IoEz

Nelson, who had not broken any law, refused to do so after receiving a phone call from a female police officer.

“She said that some of the things that I’d written could have upset or offended transgender people,” Nelson said, according to the Times. “So could I please stop writing things like that and perhaps I could remove those posts and tweets?”

Nelson had written that “gender is fashionable nonsense.” She argued that it is sex, not gender, that is visible to pathologists and medics in a blog post discussing donating her body to science. “In life or in death, trans women are not women, no matter how many times you say it’s so,” she wrote. “It’s simply impossible to change your sex.”

Two weeks ago, Twitter user and limerick writer Harry Miller was contacted by local police officers after “liking” a limerick on twitter which was alleged to be trans-phobic.

“I said, I didn’t write that. He said, ‘Ah. But you Liked it and promoted it.’ I asked why he was wasting his time on a non crime. He said, ‘It’s not a crime, but it will be recorded as a hate incident.'”

But for Miller, the “incredibly sinister” part was yet to come.

“The cop told me that he needed to speak with me because, even though I’d committed no crime whatsoever, he needed (and I quote) ‘to check my THINKING!’ Seriously. Honestly.”

1. Got a call from Director, saying cops wanting to speak to me. He’d had sense not to give out my number, but said he’d pass on details. I rang.

Former mayor of London and former Foreign Secretary Boris Johnson criticised the police for wasting time, as the UK’s violent crime rate rises. “Is this really the right way to fight crime?” he wrote in an op-ed for the Telegraph. “Is this what our brave police officers signed up to do?”

“Are you really telling me that it is a sensible ordering of priorities to round up Twitter-borne transphobes and chuck them in the clink, when violence on the streets would seem to be getting out of control?”

“It should be obvious that you can’t police properly if officers are endlessly filling custody suites with 38 year old mums whose crime is to have caused needless offence on Twitter. Whatever the rights and wrongs of this internet feud, we are wasting too much time and resource on cases like this.”