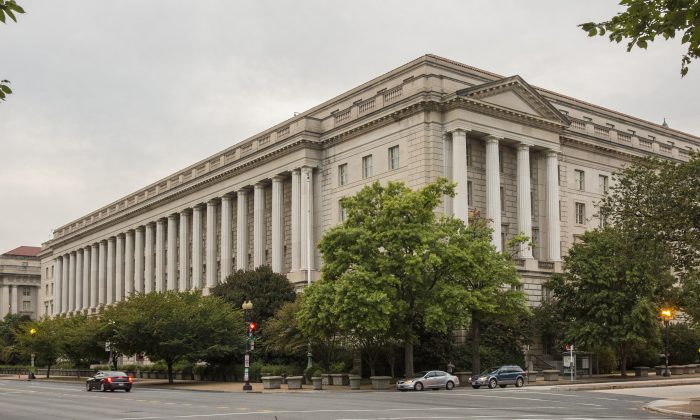 Former MI6 operative Christopher Steele, the author of the infamous dossier of unverified claims about the presidential campaign of Donald Trump, was worried about then-FBI Director James Comey’s congressional testimony in March 2017, according to text messages between Steele and Justice Department official Bruce Ohr.

As Comey was about to testify about the FBI counterintelligence probe into the Trump campaign and Steele, the former British spy was hoping “important firewalls will hold”—apparently worried about what Comey might say. The texts were obtained by SaraACarter.com from an unnamed government source “familiar with the ongoing investigation.”

Steele fed claims from his dossier to the FBI, who then used them to justify spying on the Trump campaign. When applying for the spying warrants, however, the FBI failed to mention that Steele was paid to produce the dossier by the campaign of Trump’s opponent, Hillary Clinton, and the Democratic National Committee.

“Hi! Just wondering if you had any news? Obviously, we’re a bit apprehensive given scheduled appearance at Congress on Monday. Hoping that important firewalls will hold. Many thanks,” Steele texted to Ohr on March 18, 2017.

“Sorry, no new news. I believe my earlier information is still accurate. I will let you know immediately if there is any change,” Ohr replied later that day.

Ohr has been twice demoted by the Justice Department after he failed to disclose that his wife, Nellie Ohr, also worked on the dossier and was paid through the same firm as Steele—Fusion GPS. The firm was being paid by Russian interests for a different project at the time.

Ohr is scheduled for a closed-door deposition to the House Judiciary Committee on Aug. 28.

The Russia probe was handled by a small group at FBI headquarters led by recently fired special agent Peter Strzok. The group used Steele as an informant, but after he broke source rules by peddling the dossier to media, the FBI officially terminated him. But Steele kept relaying his information to the FBI through Ohr.

Strzok spoke to lawmakers on June 27 and July 12, but declined to answer key questions on advice from FBI lawyers.