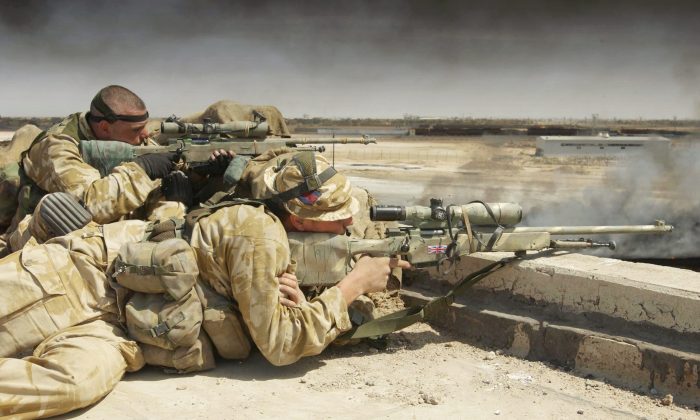 The sniper is earning extra praise after it was revealed he only needed three well-placed bullets to do it.

The shots came from about 1/2 a mile (800 meters), reported the Daily Express, outside the ISIS-occupied city of Mosul at a makeshift bomb factory.

The first bullet struck one of the would-be jihadis in the chest, detonating the explosive device and killing him and two ISIS guards.

The second and third shot were quickly delivered, killing the other two men.

“This was a classic SAS mission. The unit had been operating in the area for several weeks, mainly working as spotters for air strikes and gathering intelligence,” an Army source said.

“There were too many civilian homes nearby and children were often around so an airstrike was out of the question. Instead, the SAS commander in Iraq decided to use a sniper team and the operation was a complete success. With just three well-aimed shots that single team has probably saved the lives of hundreds of innocent people.”