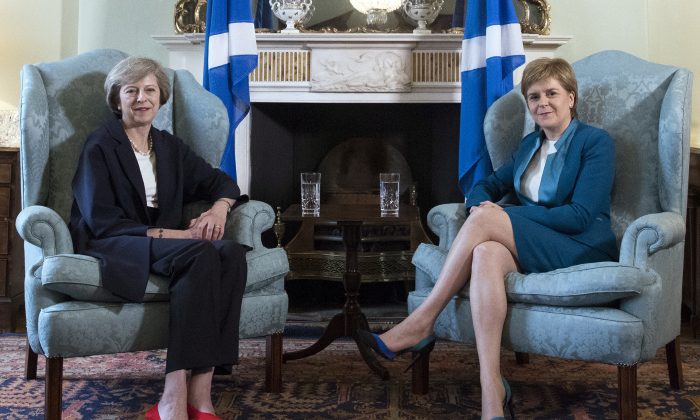 British PM May Removes Another Cameron Supporter as Minister

LONDON—British Prime Minister Theresa May has made more changes to the government, removing another key supporter of predecessor David Cameron from ministerial ranks.

Britain’s New Government Signals PM May Is Serious About Brexit

Downing Street said that arts minister Ed Vaizey, a friend of Cameron, had left the government. Ros Altmann, Cameron’s minister for pensions, was also dismissed, along with business minister Anna Soubry, a leading voice on the “remain” side during Britain’s recent European Union referendum campaign.

Some members of the old administration remain, including Jo Johnson, brother of new Foreign Secretary Boris Johnson. He keeps his role in charge of universities and science.

The new prime minister has made dramatic changes, placing leading proponents of a British exit from the EU in charge of foreign affairs, international trade and EU negotiations.

Bank of England Opts Against Rate Cut Despite Brexit Vote

All the same, May has signaled she’s in no rush to start exit talks. She said Friday she would not launch formal negotiations until there is a “UK approach” involving Scotland, which strongly backed remaining in the bloc.

The pro-independence Scottish administration has said it could seek a new independence referendum if Britain takes Scotland out of the EU against its will.

May has indicated she will not invoke Article 50 of the EU treaty, which will trigger a two-year countdown to leave the 28-nation bloc, before the end of the year. Some EU leaders and British euroskeptics are pressuring her to begin the process earlier.