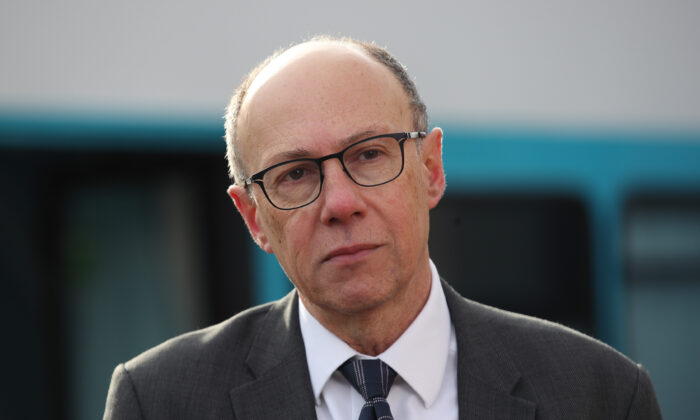 NHS chiefs and the CEO of AstraZeneca received knighthoods for their contribution during the CCP virus pandemic, along with nearly 150 people who were also honoured particularly for their services during the pandemic.

The UK’s Cabinet Office on Thursday published the Queen’s Jubilee Birthday Honours List (pdf) containing the names of 1,134 individuals, aged from 11 to 104, who were honoured for their services in a range of areas.

The Honours are awarded twice a year—on New Year’s Day and on the Queen’s official birthday. Anyone can nominate or be nominated, and private nominations usually take up a quarter of the list while most nominations are made by government departments.

Although the honours are presented by the Queen or members of the royal family, the lists are compiled and finalised by experts and committees and submitted by the prime minister.

Among the newly-knighted on Thursday are NHS England National Medical Director Professor Stephen Powis, who regularly spoke in the government’s official COVID-19 briefing during the pandemic; and Pascal Soriot, the French-Australian CEO of AstraZeneca, which developed a COVID-19 vaccine with the University of Oxford.

Professor Aziz Sheikh, chair of Primary Care Research and Development at the University of Edinburgh, also received a knighthood for his “services to COVID-19 research and policy.” According to the University of Edinburgh, Sheikh’s research was “vital in demonstrating the real-world effectiveness of the Oxford-AstraZeneca and Pfizer-BioNTech vaccines” and his team was the first in the UK to reveal that the Omicron variant of the CCP virus was less severe than the Delta variant.

Chief Nursing Officer for England Ruth May was made a dame for her services to nursing, midwifery, and the NHS. She was also included in the government’s Covid-19 briefing team at the beginning of the pandemic but was dropped from the team in June 2020.

The list also included nearly 150 people particularly for their services in different areas, such as art, hospitality, or others, during the Covid-19 pandemic.

Actor Damian Lewis, who won a Golden Globe for his role in TV drama “Homeland,” was made a CBE (Commander of the Order of the British Empire) for services both to drama and to charity for initiating a campaign with his late wife Helen McCrory to raise 1 million pounds to provide food for health service workers during the pandemic.