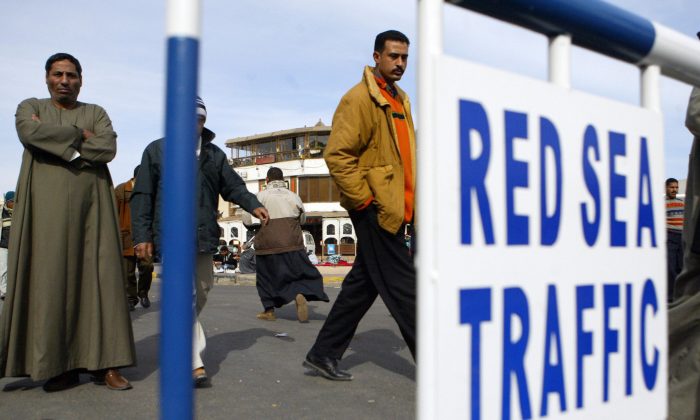 A family is desperately seeking answers after the body of a British man was returned to the UK from Egypt with several of its organs missing.

David Humphries, 62, died while on holiday in Egypt with his family, according to the NZ Herald.

A coroner back in Britain reportedly ordered a second post-mortem exam on the man’s body and made the gruesome discovery that the heart and kidneys had been removed.

“We want answers,” said Lynda Humphries, wife of the deceased.

Humphries passed away after playing with his grandchildren in a hotel pool in September while staying at the Red Sea resort of Hurghada.

His wife, daughter, and grandchildren were accompanying the man on the family holiday when the death occurred.

Humphries had complained of chest pains and was prescribed antibiotics from the Red Sea Hospital, according to the report. Several days later, while playing a game with his grandchildren in the pool, he collapsed.

“He was taken to hospital but nothing could be done,” Humphries’ daughter Anita Goodall said, according to the publication. “They should never have sent him back to the hotel.”

Family members recounted that they did not want Egyptian authorities to carry out an autopsy on Humphries’ body. They were told, however, that this was a compulsory procedure since they had raised concerns about the treatment Humphries received at hospital.

“We didn’t trust anyone anymore but they told us it was a police inquiry,” Goodall said, according to the report.

The gruesome discovery of missing organs was made after Humphries’ body was flown back to the United Kingdom.

“When the body arrived home we were told it was in no state to be seen,” Goodall said. “That’s when alarms started ringing. His heart is most likely the thing that will tell us how he died. Now we’ll never know.”

She said she was confused by what had happened to her father, adding “I just don’t understand why they would do this to our family,” according to The Sun.

Organ theft and harvesting in Egypt has made headlines before. Last month, online publication Haaretz reported that thousands of refugees in Egypt had fallen victim to the illegal organ trade.

An Egyptian court in July convicted 37 people on charges related to illicit trading in human organs and sentenced them to prison terms ranging from three to 15 years in jail, according to Reuters.

The case involved a total of 41 people, including doctors, nurses, and middlemen who were rounded up during a 2016 raid in which millions of dollars were recovered.

Organ buying is banned in the North African Arab country, but poverty drives some Egyptians to sell body parts, often to wealthy foreigners, in illicit transactions.

Worldwide there are different forms of organ theft reported.

A Feb. 2016 article in Transplantation Direct explores legal and ethical issues around trafficking in human beings for the purpose of organ removal (THBOR).

“Despite efforts to curb and to elucidate the illegal nature of the practice [of THBOR], the buying and selling of organs continues, involving patients traveling to countries throughout the world. It has been estimated that approximately 10% of all transplants may occur illegally.”

Doctors Against Forced Organ Harvesting, an organization that promotes ethics in human organ transplantation, point to China as a place where the scale and scope of organ harvesting is unprecedented and “represents a new form of evil in the world.”

Citing a report by former Canadian Minister of State for Asia and the Pacific David Kilgour and David Matas, international human rights lawyer, DAFOH states that organs in China are forcibly harvested from political detainees and prisoners of conscience.

The data in the Kilgour & Matas analysis suggests that organ procurement in China is state-sanctioned and carried out “on demand” because “organs were harvested without acceptable consent and the donors were killed in the process.”

DAFOH contends that the Kilgour & Matas report provides a critical amount of circumstantial evidence that systematic organ harvesting is indeed occurring in China.

“This suggests that organ harvesting in China is a widespread, systematic, state-sanctioned atrocity,” DAFOH states.